His NGO, Innovative Solutions for Sustainable Development of Communities (ISSD), has set up ‘Recycle It!’ to introduce a new recycling culture in the country.

Armenia may be tiny, but it has a gigantic rubbish problem. The country — home to just three million people — is the sixth highest waste-producing state in the world, according to the United Nations (UN).

There are stories abound of “little garbage mountains” in Yerevan. the capital, falling victim to the gusts of wind. Others highlight the multi-million-dollar cost of land degradation, caused by poor waste management, or the 300 unregulated garbage dumps in the country. “It’s a wonder Armenia hasn’t drowned in a sea of trash,” one site comments.

Yet there is always hope. In recent years, ISSD (The Innovative Solutions for Sustainable Development of Communities) has emerged in Armenia, reaching hundreds of thousands of people through nation-wide, UN-backed recycling initiatives. The country has begun what looks to be a long and gruelling path towards large-scale waste-sorting — just in time for the UN’s waste-focused World Habitat Day. 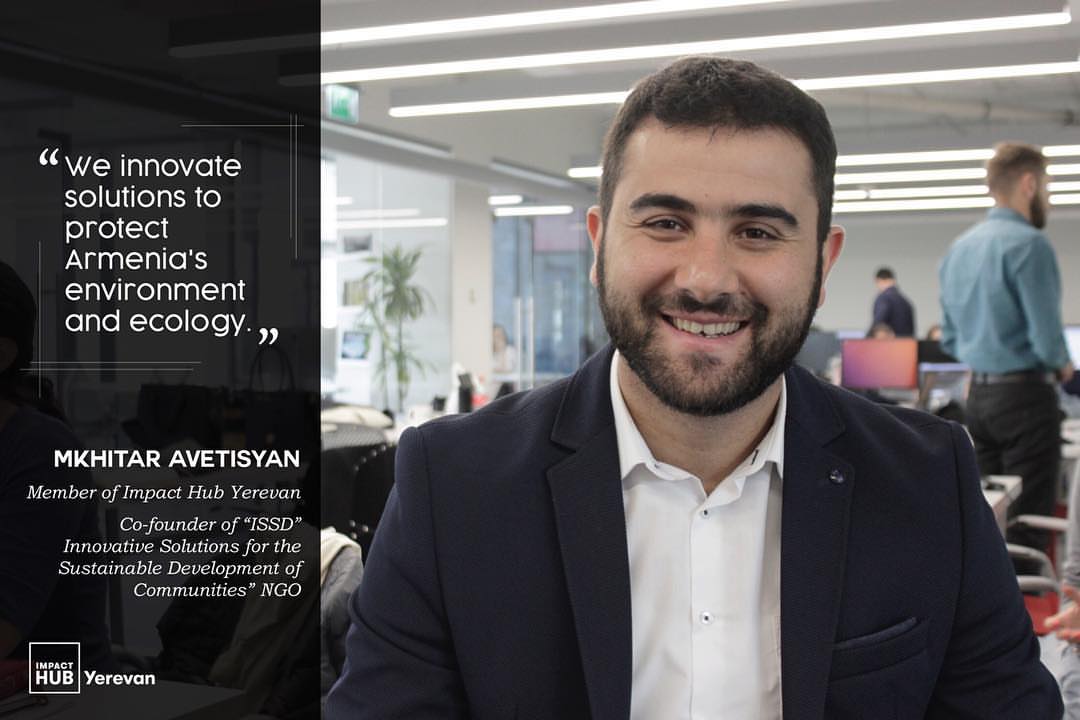 Mkhitar Avetisyan to the rescue

Co-founded in March 2017 by Mkhitar Avetisyan, a nature specialist and now president of the organisation, ISSD’s goal is to ensure sustainable development in the fields of waste management, agriculture, education, business and female empowerment.

The NGO recently launched ‘Recycle It!’, a campaign to instal sorting bins across the country and reduce the use of non-authorised waste disposal areas.

And this momentum has grown and grown. Appearing at the same event a year later, ISSD collected, sorted and recycled double the amount of plastic waste and trash. They’ve started waste sorting with more than 200 schools, hotels and government buildings, reaching approximately 200,000 people in Yerevan and five other regions of Armenia — almost 7 percent of the population.

Overall, across a range of initiatives, Avetisyan’s NGO has sent 52 tonnes of plastic, 51 tonnes of paper, 14 tonnes of glass and 0.9 tonnes of metal to recycling stations in one year. 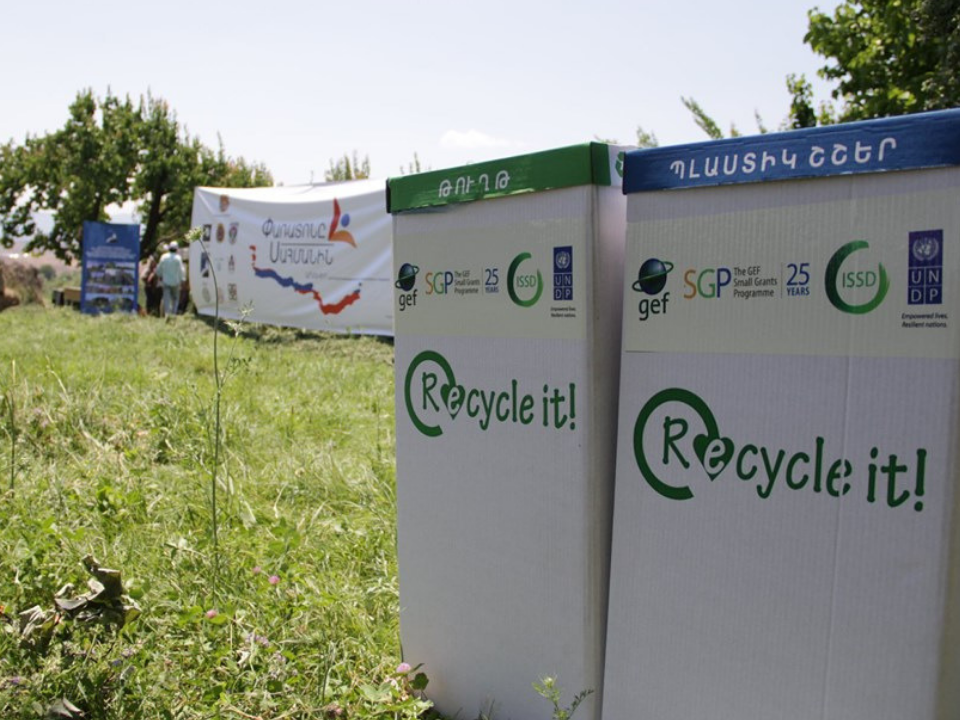 Similarly, Sara Anjargolian, co-founder at Impact Hub Yerevan — one of the businesses where ISSD works — said that people at the NGO were recycling “pioneers,” fundamentally altering the relationship people have with their own trash.

Using additional support from the Coca-Cola Foundation, ISSD hopes to double the number of people reached — and triple the amount of sorted waste transported to recycling stations.

“Support our projects aimed at promoting waste sorting and recycling in Armenia,” Avetisyan implores in an explanatory video, “and bring our society one step closer to our dream Armenia.”

The revelations come as the UN celebrates #WorldHabitatDay, reflecting on the state of towns and cities and the basic right of all to adequate shelter.

2019 carries a particular focus on the use of frontier technologies — including automation, robotics, and artificial intelligence — to achieve sustainable waste management. Cities around the world reportedly produce about 7-10 billion tonnes of waste per year, with municipalities in low-income countries spending an average of 20 percent of their budget on solid waste management and just 3 percent on sanitation.

To support cities to make change, the UN has launched its WasteWiseCities campaign and a toolkit to improve municipal waste programmes.