At this Sardinian pop-up store, money won’t get you very far...

There are those big-wigs out there that use the phrase “I’ll pay with plastic,” meaning, “put it on my card.”

At Miniwiz’s exchange pop-up store in Sardinia, the only plastic accepted is post-consumer plastic and the only goods “on-sale” are fully recycled products.

Shoppers earn credit for bringing in polluting plastic packaging which is then ground up to create items such as lampshades, decorative statues and brightly coloured tiles which can be bought using the credits earned. 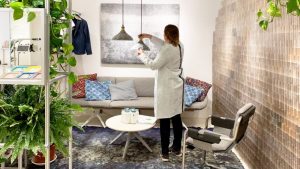 The pop-up is the latest endeavour from circular-economy engineering company Miniwiz’s Trashlab — a mobile laboratory, which aims to demonstrate the possibilities of reusing waste.

Miniwiz was founded in March 2005 by architect and structural engineers Arthur Huang and Jarvis Liu. They based their company purpose on a mission to address “the great disparity between sustainability, recycling and eco-consciousness and the bleak market reality around its lack of financially feasible applications.”

“For thousands of years, trash has been discriminated against, labelled as waste, worthy only of disposal. But at Miniwiz we think the exact opposite – in fact, it’s in the trash that we trust. Because trash equals possibility,” says Miniwiz.

“The possibility of a circular and sustainable economy and a cleaner, brighter future for us and the generations to follow – but only if we learn how to work with it, rather than discard it. And in order to learn, first, we must get to know it, and intimately.”

The store is home to Miniwiz’s Trashpresso machine, and a smart rubbish bin that goes by the name of Robin.

Robin tracks and sorts the waste into categories, and transfers it into points that the consumer can save up using the Robin app. 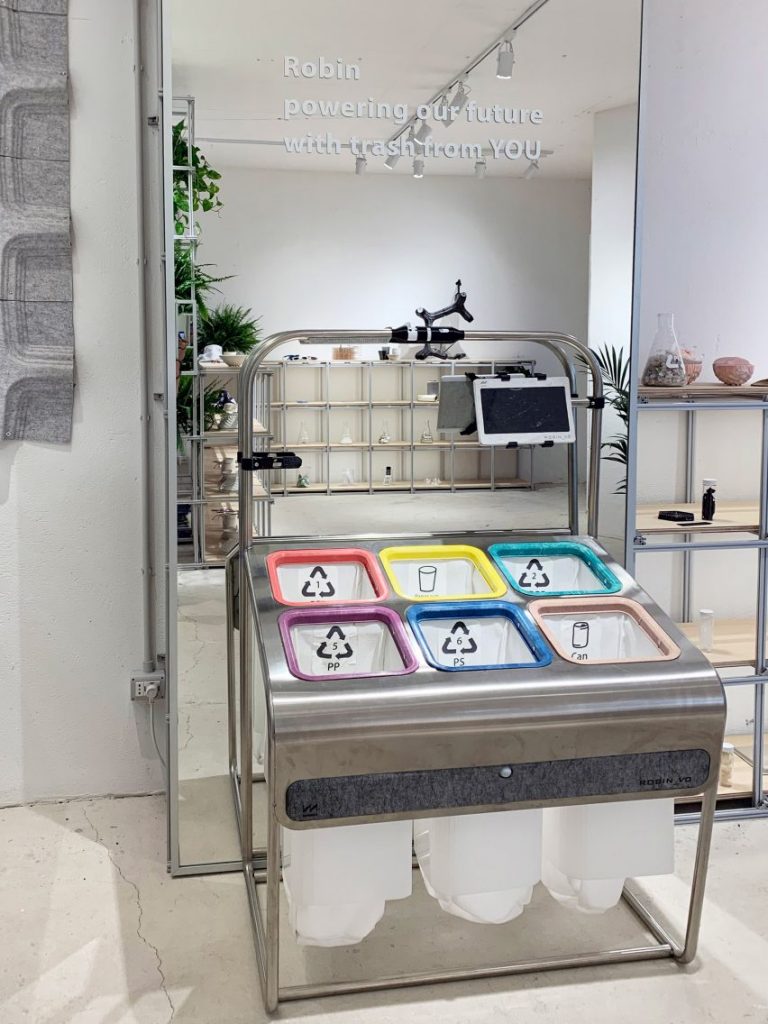 The Trashpresso portable recycling machines then clean and dry the separated recyclable waste before shredding them into small flakes.

These are combined and heated in a heat induction press and is then moulded and pressurised to create the shape structures for the products.

“Imagine you can witness the whole upcycling transformation process in minutes like in a traditional bakery where the baker innovates on whim of his creative spirit,” says Miniwiz.

Tours of the unique store are conducted by Miniwiz staff sporting lab-style coats made of waste materials.

Lining the walls of the trendy pop-up are displays of the sort of waste items Miniwiz accepts as currency, and a breakout area at the store’s centre features furniture and decorative items created with the transformed waste.

“Every product you touch, every textile you feel is up-cycled from the single-use packaging waste you previously consumed,” explained the companies website.

“Every inch of this concept store is filled with stories of human ingenuity of using technology to stop the chemical and plastic pollution in our environment.”

Trashlab has previously appeared at London Design Festival and Milan design week and in 2015 the World Economic Forum recognised Miniwiz as a Technology Pioneer in the category “Energy / Environment / Infrastructure”, highlighting the positive impact that the company’s activity has had upon the world’s environment and economic development.

Miniwiz’s portfolio of past projects encompasses a broad range of industries, from architecture to consumer products to embedded systems design.

The duo’s work has seen them collaborate with the likes of sportswear giant, Nike where they designed stores and created upcycled in-store props and installation, and interestingly, movie star Jackie Chan on numerous architectural projects.