Marina Santo Explains Why Everyone Must Take Control of Their Bodies

Madrid-based movement specialist Marina Santo tells Global Shakers about a decade helping others realise their potential and connect with others through dance.

Marina Santo, one of the foremost movement specialists in Madrid, doesn’t hesitate when asked to describe what people miss if they don’t have control of their bodies.

Over the past decade, Santo has brought her movement classes to thousands of people in the Spanish capital—older, working class women; young refugees; people transitioning; sex workers. In every context, her message is very simple: Understand your body, and you understand your potential. Everyone can benefit from the joys of movement, not just those who want to dance on a stage for a living.

“Many people only remember about their bodies when they’re making love, or drinking, or happy,” she adds. “But everything, every thing you do—even if you’re a bank manager or whatever—is through the body.”

Marina Santo: from Rio to Madrid 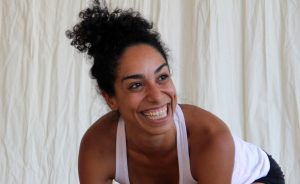 Growing up in Rio de Janeiro, dance gave the once shy Santo a new and more effective way of communicating.

It taught her the power of movement, and opened her eyes to a central contradiction in Brazil—a society in which people feel free when they dance and show their body, yet constrained by traditional, conservative values.

As a teenager, she was drawn to the revolutionary fervour of writers like Paulo Freire and decided to study history at university. Here, though, she again was confused by how conservative the environment was. “There was no body, literally,” she tells Global Shakers. “It was all ideas, brain, and research. It was missing a connection with vitality.”

As her personal life took her to different places—first Sweden, and then Spain—she remained convinced of a need to restore this vital connection and “take her body back.” 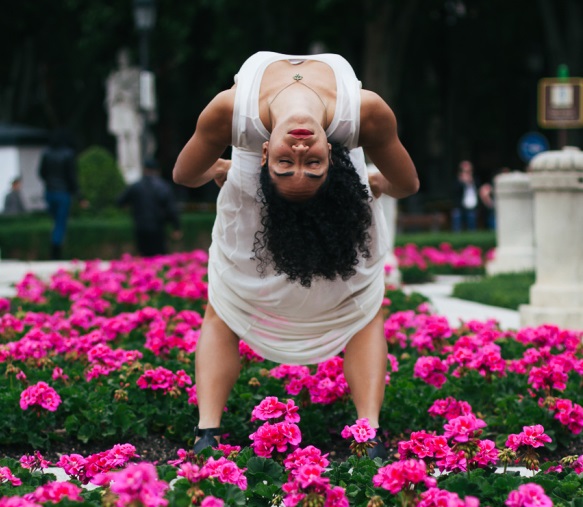 Experimenting with the body

This drive came to a head in Madrid, where she threw herself into performance, classes and cultural exchange—experimenting with movement and performances during the day, supporting herself with bar work in the evening.

The experience did wonders for Santo’s understanding of herself. It changed her so much, in fact, that she decided the benefits shouldn’t just be for people wanting to become an artist. She wanted to bring movement tools to different kinds of people, especially women and people from immigrant backgrounds — full time.

And so, around a decade ago, began her long and varied career as a movement specialist. She started collaborating with the feminist organisation Fundación Entredós, running discussions and a course for women called “Body in Movement.” Her classes take place without mirrors and are focused on helping people understand the sensory, creative and anatomic elements of their body. She coyly says her role is like the opposite of a firewoman: “I put the fire on and see what happens.”

Santo has worked on all sorts of projects: with self-organised groups just outside the city centre; with refugees alongside CEAR, the Comision Espanola de Ayuda al Refugiado, through her award-winning Generación Global project; with groups in Espacio de Igualdad Lucrecia Perez, named after the first reported racist murder in Madrid’s history. When working with teachers, she asks, “How do we change the idea that working with the body is only about the show at the end of the year? We are a body 365 days a year, and dance doesn’t need to be a performance.”

Santo’s vision is for wholesale change across a society that remains fiercely rooted in inequality and a lack of diversity.

“There is such a need to heal and to see yourself in others,” she told GS. “When you touch others, you touch yourself. We have the same constitution—bones, skin and fluid. But with the appearance of our bodies, we are not equal. Especially in a society that has a very clear gender and a large amount of money.”

Santo says she’s empowered by her own experiences and struggles in movement—particularly as someone who began a career without formal dance training, isn’t a native Spanish speaker and isn’t white.

“I think this is the first job I’ve had where I can really allow myself to be a human being. Many other times I was fighting to show that I could do triple, even if I’m not white, not from a conventional family… Here it’s like a space for me as well, to feel free, to try to see how I can go forward.”