The Idaho-based startup is creating a portable signal analysis tool to help first responders find humans in danger, even when walls and rubble are in the way.

In an emergency situation, first responders need to practice situational awareness to determine the most appropriate actions to take.

“Situational awareness is knowing what’s going on so you can figure out what to do,” fire capitan Rom Duckworth told ESM1.com. “It involves perceiving, processing and predicting. Then doing something about it.”

According to the fire capitan, situational awareness and action involves several steps: perceiving the situation by looking for clues and cues,  processing a mental model of the event, predicting—based on the mental model—what will happen next if responders don’t intervene, deciding what to do, taking action, and communicating and coordinating with team members. Locating human beings in distress plays a major role in these tactical rescue efforts.

Megan Lacy, Corbin Hennen and Rob Kleffner, the founders of Y Combinator-backed Lumineye, realised the difficulties that can arise when first responders need to locate people during an emergency.

During a Hacking for Defense class at Boise State University’s Venture College, the trio was presented with a problem statement from the Department of Defense: “create a radar sensor device to help soldiers and first responders identify people and threats through walls.”

“I went to the H4D educator’s course and paired up with special operations command […] We found that there really weren’t existing solutions that met the needs of the users after we talked to them,” Corbin told Zions Bank.

“The existing options are not used mostly because of their weight and cost,” Megan explained. “They don’t provide useful information and they don’t have high accuracy rates.”

Even the Federal Bureau of Investigation (FBI) counterterriorism division contacted the group, wanting to help them get closer to finding a solution. The FBI had used a dozen options with no luck, plus a lot of physics problems play a role in making such a device smaller and easy to use.

“We decided to make the company because there was nothing out there,” Corbin said.

Lumineye is a 3D-printed radar device that uses pulse radar technology to differentiate humans from other objects through walls. The technology is designed to be utilised in fire rescue, law enforcement and search and rescue.

The company’s signal analysis software sends out pulses to detect the presence of humans. It then analyses the pulses to determine the size, range and movement characteristics of a signal. The app then tells the users how far away a moving, breathing person is, up to 50 feet (15.24 m) in open air.

Instead of trying to create an entirely new radar device, an expert advised the team to use existing off-the-shelf radar modules and develop an improved signal analysis technology.

“That was a turning point,” Corbin recalled. “It changed us from pure research to research and development.”

According to TechCrunch, Lumineye would play a pivotal role in a situation such as a hostage rescue. By determining how many people are in a room, and where everyone is in relation to each other, first responders can adjust their tactical rescue approach and find the best way to focus on the victims. 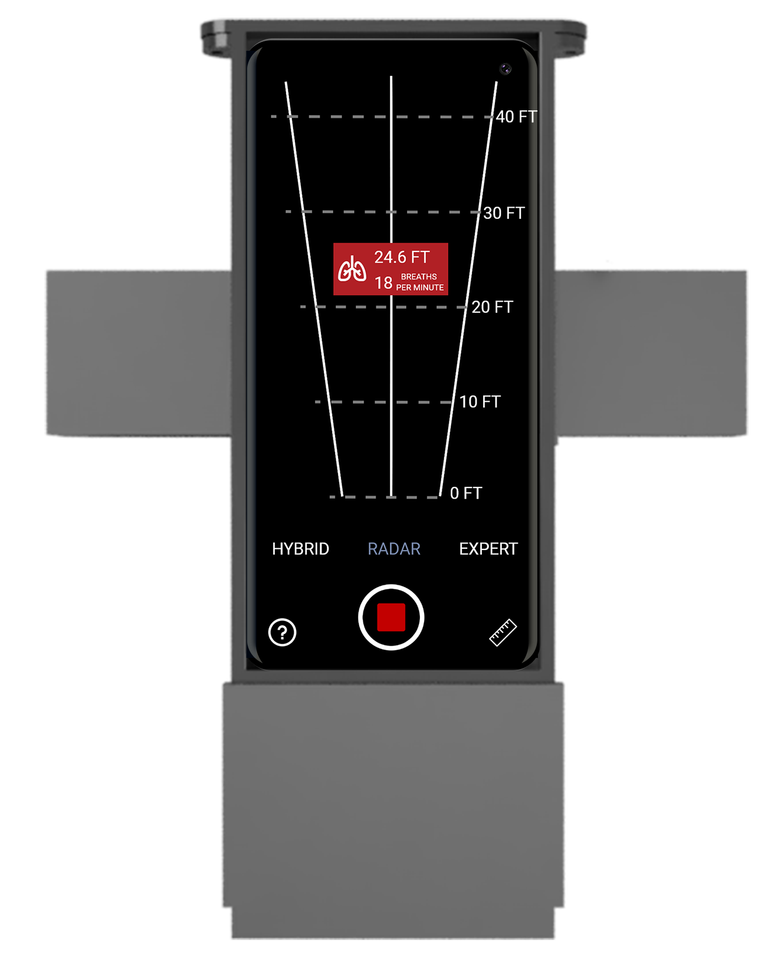 “It’s progressively gotten simpler and simpler over time,” Corbin explained. “We’re trying to make a practical product that will fit in their bag – more affordable and less cumbersome.”

The startup is part of Y Combinator’s Summer 2019 cohort.