After realising how antiquated US grocery distribution is, the founders of Pod Foods wanted to modernise the system to give emerging food companies a chance to succeed

In 2014, Larissa Russell and Fiona Lee founded a vegan cookie startup called Green Pea Cookie. Although they had a loyal following, they soon realised that the gates to the food distribution system were closed off to a company as small as theirs.

“There was demand nationwide thanks to Kickstarter, but there were issues when it came to distribution — that is, how our cookies reached grocers and other retailers,” Larissa told 1871.com. “We weren’t satisfied with the options that existed because they were expensive and opaque. We asked a lot of other emerging food makers as well as grocery stores about distribution and the feedback we got was that distributors were a ‘necessary evil.’ That’s when we realized that this was a big problem in the food industry.”

So, after shutting down that Green Pea Cookie, the duo launched another startup to solve that problem.

Pod Foods, an end-to-end B2B platform that connects retailers with manufacturers, is hoping to reinvent the food distribution system in the US.

“We want to change the way food is distributed,” Larissa said. “We want to turn [the system] on its head so the consumer can get what they would like to buy in retail stores at an affordable price.” 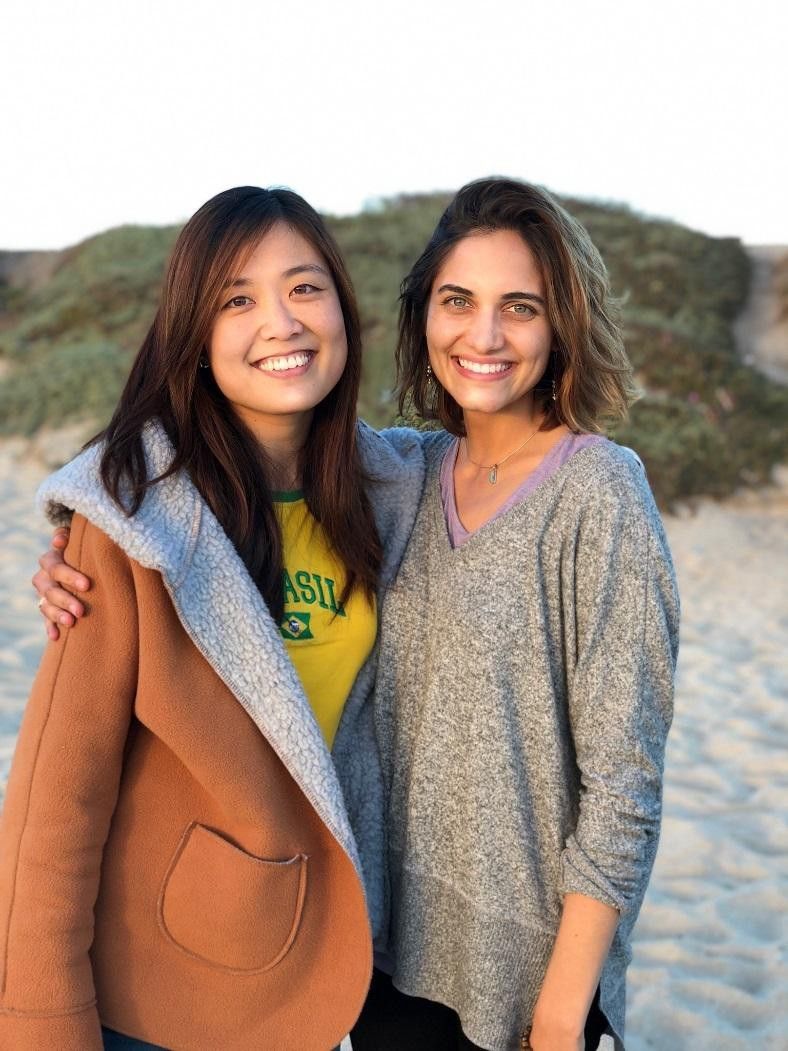 In the current system, when brands partner with distributors, the food companies do not actually know which retailers are purchasing their products, the duo told 1871.com. For smaller companies, building a relationship with their customers is of the utmost importance.

“The distribution system hasn’t evolved since World War II,” Fiona told TechCrunch, explaining how the system had been developed for mass market products. “For so many years, there’s been little evolution in this space, even since the advent of technology and the internet.”

Distributors also tend to hold their inventory in a warehouse, resulting in food that is not fresh and customers that are not satisfied. However, selling products directly to the grocery stores themselves can be even more challenging and expensive, especially for those who do not have connections.

“There are just so many inefficiencies with the distribution system when it comes to smaller manufacturers, and it can be really frustrating to navigate if you’re a vendor,” Larissa said.

Pod Foods aims to facilitate the distribution process in a more efficient, effective way. The company works with a third-party network that takes care of both fulfilment and logistics to create a tool beneficial to emerging food brands, large retailers and consumers.

The startup charges the retailers a subscription-based fee for access to the platform, which is essentially a catalogue of thousands of local products—giving the retailers a chance to sell high-quality products that are often only found in farmers’ markets. As a result, startup food brands have the opportunity to sell products at large retailers and make their products accessible to customers at a lower price.

“With our process, retailers have access to thousands of emerging and local brands at 10 times lower operational costs and brands have access to retailers at 20% lower cost,” the duo told Thrive Global. “These cost savings are passed down to consumers, allowing food to be fresh, natural and affordable.”