Lakou Mizik, the Musical Supergroup Bringing Light Back to Haiti

Formed in the wake of the devastating 2010 Haitian earthquake, Lakou Mizik has spent a decade bringing their brand of joyous music to people in Haiti and beyond.

But recent years have been hard on Haiti. The country is struggling with a full-blown economic and political crisis, the legacy of a catastrophic earthquake in 2010 that claimed hundreds of thousands of lives. Businesses have left the country. Violent protests have sprung up. And, for the most part, the common understanding of the country has been shaped by themes of poverty, despair, loss and destruction.

Against this tide, Lakou Mizik, a powerhouse group of Haitian musicians from a mix of styles—rara rhythms, gospel basslines, hip-hop vocals and soulful guitars—has emerged as a symbol of Haiti’s defiant resilience. They’ve reached international acclaim, reminding people within Haiti and beyond of the pride, beauty and unity felt inside the country.

Guitarist and singer Steeve Valcourt explains that the seed was sown for Lakou Mizik in the aftermath of the earthquake. He decided to try and lift the mood by playing a few songs with musical collaborator Jonas Attis in one of the camps set up for those who’d lost belongings, houses and loved ones. They chose older, traditional tracks, reworked with a modern edge, so that people old and young would be able to connect with the music and be reminded of happier times.

At the same time, Zach Niles, a producer behind the celebrated Refugee All Stars project—a documentary tracking refugee musicians that fled civil war in Sierra Leone and met in a refugee camp in Guinea—was in Haiti and trying to tell a different sort of story about the country. He’d seen the power of music as a way of engaging people without resorting to pity or charity—instead encouraging people to “just have a dance together,” as he tells Global Shakers.

The two quickly joined forces. Niles and Valcourt invited the cream of the musical crop in Haiti to take part in a project, dubbed Lakou Mizik (which roughly translates from creole as “music from where you’re most comfortable”). They picked up Attis, renowned for his pointed political lyrics and soulful, hip-hop-infused voice; master drummer Sanba Zao; gospel star Nadine Remy; and rara maestros Peterson Ti Piti Joseph and James Carrier.

It was an instant success. Audiences loved the joyous, accessible nature of the music—packed with recognisable rhythms—and how unashamedly Haitian it all was. Here was a group that wasn’t seeking a cheap thrill by putting creole rap over a simple boombap beat, or hamming up the voodoo mysticism. It was simply playing the old stuff, in a new way, with delightful, top quality musicians. 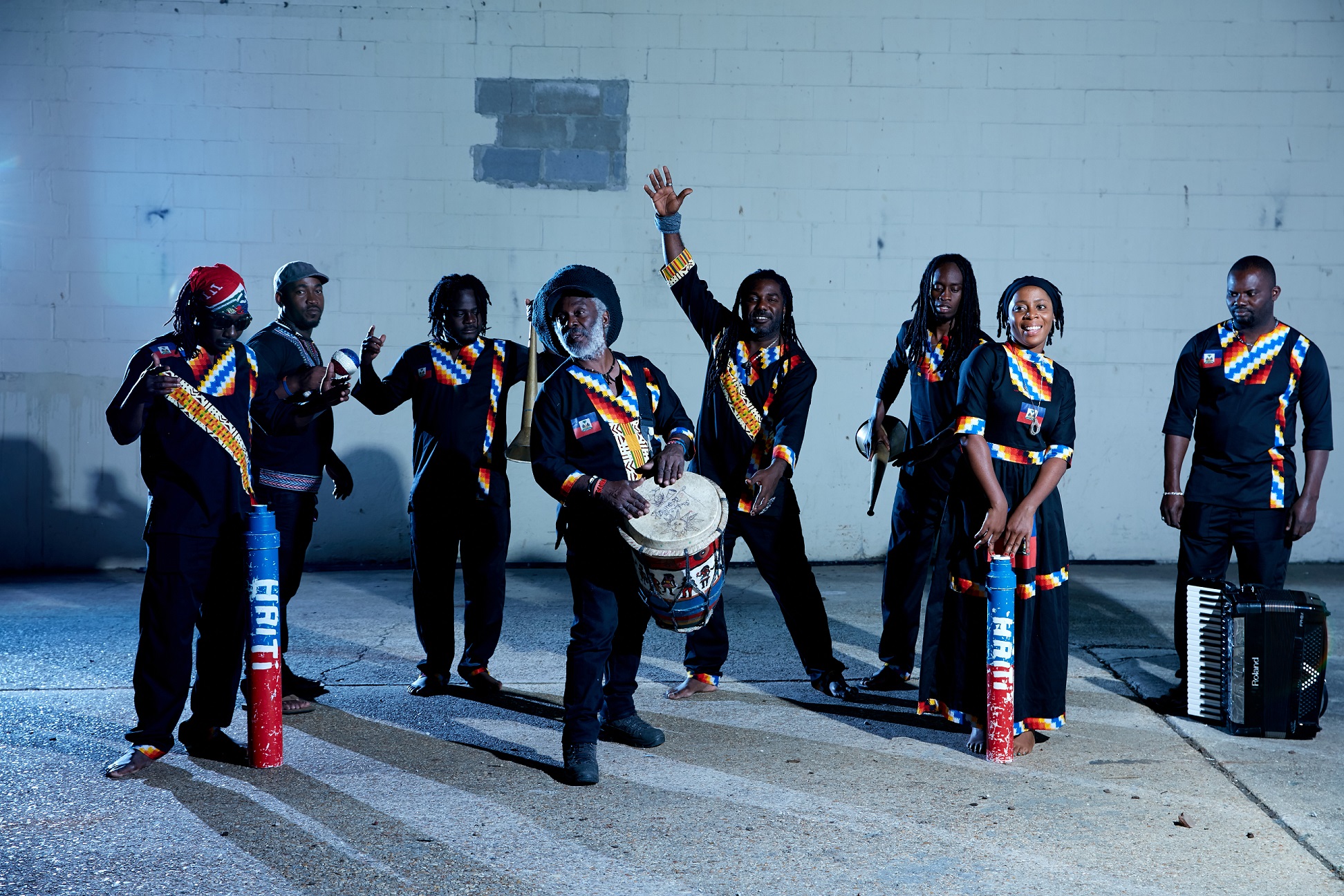 Nine years and two full-length albums later, the group remains as strong as ever. It has played all over Haiti and toured extensively around North America.

One of the strongest connections has been with the US city of New Orleans, which has served as the inspiration and foundation for the band’s second album, HaitiaNola, released this week. The record links the Haitian musicians with artists including the revered Preservation Hall Jazz Band as well as Win Butler and Regine Chassagne from high-profile indie group Arcade Fire.

This musical connection—in effect the continuation of a shared history that stretches back to the 1800s—also underlines a social parallel: The two places have been on similar culturally infused journeys to recover from unimaginable tragedy. Five years before the Haitian earthquake, New Orleans had been decimated by Hurricane Katrina.

When asked how much of an impact he thought Lakou Mizik had within Haiti, Niles was cautious. But, he tells Global Shakers that the psyche in Haiti “had been low” for a long time—and that Haiti is small enough for “projects like a joyous band playing recognisable tracks to make a big difference.”