Tech startup Matrix has developed a cooler that can chill an entire bottle of wine in just a few minutes.

“How many times have you had a guest bring over a bottle of wine without having a convenient way to quickly chill it? We knew we could solve this problem,” the company stated. 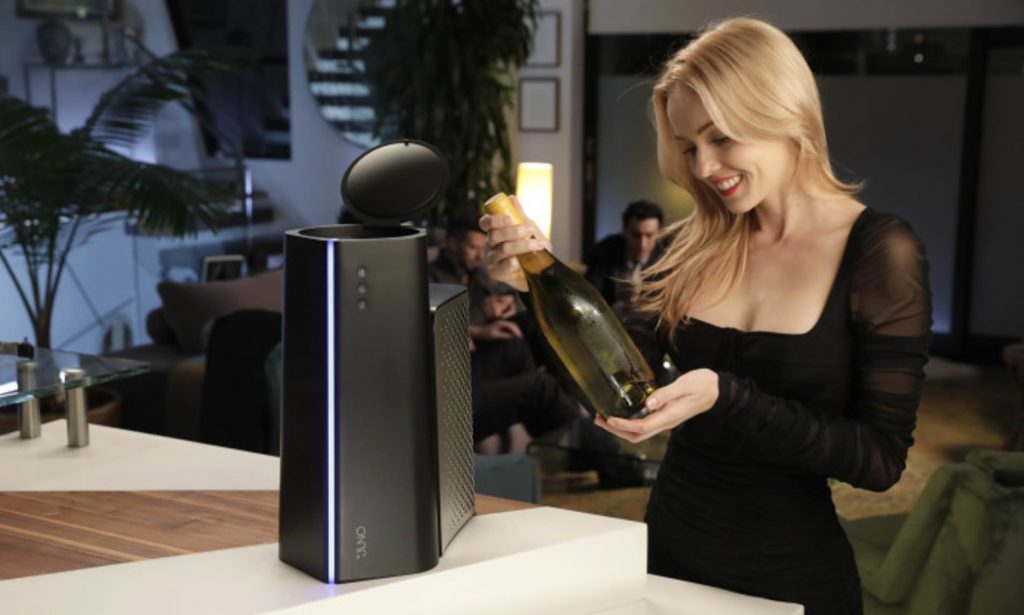 While Juno was originally designed to chill both red and white wines to sommelier-recommended temperatures, Matrix soon realised the potential for virtually all cold beverages.

“Juno can do so much more than just chill wine,” the company explained “It can turn your freshly brewed coffee cold, transform your hot tea into iced tea, and cool your favorite beer or soda, right in the can.”

The countertop device appears to be foolproof. Users just need to place their drinks inside the appliance. Bottles, cans or drinks poured into a customised Juno container—such as may be the case after brewing coffee or tea—are all suitable for the device. They then push one of two buttons connected to temperature settings, and a chilled drink is ready within a matter of minutes.

“Juno is the ultimate consumer demonstration of how our cooling technology can radically alter the way we manipulate temperatures,” said CEO and fo-founder Akram Boukai. “But the applications are endless and we’re so excited for the future partnerships and use-cases of MATRIX thermoelectric cooling technology.”

Matrix has employed thermoelectric cooling to power the device. As such, it does not need noisy compressors, environmentally harmful chemicals or traditional refrigerants.

“In the past, the Matrix team was focused on capturing waste heat to harvest usable energy in devices like PowerWatch, but with Juno, we’ve leveraged our thermoelectric engineering expertise and proprietary technology to create a TEC [thermoelectric cooler] engine that removes heat in the fastest way possible,” Matrix co-founder and CTO Douglas Tham said in a statement, as quoted by Digital Trends.

“Like our TEG [thermoelectric generator] modules, it wasn’t enough to build the TEC,” Boukai said. “We wanted to create a practical use case for it that anyone could benefit from. Juno is the ultimate consumer demonstration of how our cooling technology can radically alter the way we manipulate temperatures. But the applications are endless and we’re so excited for the future partnerships and use cases of Matrix thermoelectric cooling technology.”

While Juno will eventually retail at $299, it is currently available for early buyers on Indiegogo for $199.