Telegram is a free messaging service for people to send texts, images, video’s and other files to each other. Created by Russian brothers the service has been hailed as being safer than other services due to some of its encrypted code.

With over 500 million users Telegram is operationally based in Dubai with data centres in various parts of the world. Telegram was the world’s most downloaded APP in January 2021. The companies stated aim is not to bring profit, though it is not structured as a non-profit organisation. The company is registered in the British Virgin Islands apparently ‘to shelter from un-necessary influence” and to protect users from governmental requests.

Telegram was banned in Russia in 2018, before being reinstated in 2020.

Who is behind it?

Telegram was launched in 2013 by the brothers Nikolai and Pavel Durov. They are Russian Tech entrepreneurs who previously founded the Russian social network VK. They left VK in 2014 after claiming it had been taken over by Putin’s allies.

Pavel Durov sold his remaining stake in VK and left Russia, finally settling in Dubai. Nikolai is a maths genius and has won a number of Russian Mathematical Olympiads, he is the tech brains behind Telegram and created the protocol that is the basis for Telegram, whilst Pavel Durov is the business brains.

Pavel is said to be worth over $15 billion USD (Forbes) and is now a French citizen. He has been dubbed ‘The Zuckerberg’ of Russia.

Pavel has stated that he will protect Ukrainians data on the platform during the Russian invasion of Ukraine. Given the companies private status and secrecy we hope they are true to their word.

In 2017, Pavel Durov parodied President Putin on Instagram in a call for “The Putin Shirtless Challenge” 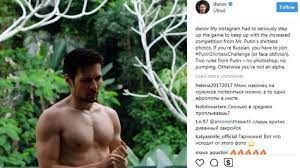 the CEO of Signal a competitor does not think so, recently he was quoted on Twitter “Telegram is the most popular messenger in urban Ukraine. After a decade of misleading marketing and press, most ppl there believe it’s an “encrypted app” The reality is the opposite-TG is by default a cloud database w/ a plaintext copy of every msg everyone has ever sent/recvd.”

Telegram is the most popular messenger in urban Ukraine. After a decade of misleading marketing and press, most ppl there believe it’s an “encrypted app”

The reality is the opposite-TG is by default a cloud database w/ a plaintext copy of every msg everyone has ever sent/recvd. https://t.co/6eRGIyXyje

The lack of complete end-to-end encryption on Telegram has long been known. According to Forbes, Alan Woodward, an encryption expert at the University of Surrey, said he “wouldn’t trust Telegram.”

“The crypto is home grown and they have never held it up for public scrutiny. Quite the opposite for Signal and WhatsApp. The other thing you can see about Telegram is the amount of metadata it generates.” That metadata includes logs of “who talks to who, when and for how long, plus some other ancillary data that can easily track and identify users. Signal doesn’t do this. WhatsApp does do some of it, which is why I prefer Signal,” Woodward added.

One response to “Is Telegram safe and who created it?”