The tech company has worked with the US Tennis Association on Coach Advisor, a new tool to quantify a player’s physical exertion and endurance.

There’s a lot more to successful coaching — particularly in a sport like tennis — than simply showing people how and when to hit the ball.

We’re in an era of marginal gains, where diets and training routines are tweaked down to the most minute detail to stretch an athlete’s performance and give them an edge over their opponents. Being able to run just that bit faster — or reach that bit further — could be the difference between championship glory and being consigned to the dust.

Coaches and tech companies have spent decades creating and refining products to make that process easier. And now IBM, the multinational giant behind the floppy disk and the SQL programming language, has entered the game with a new invention: Coach Advisor.

“Over the nearly 30 years we have partnered with the US Open, we have seen first-hand the enormous amount of tennis data generated over the course of a two-week tournament,” said Noah Syken, IBM’s Vice President, Sports & Entertainment Partnerships. “In partnership with the USTA [US Tennis Association], we continue to leverage artificial intelligence and analytics on the cloud to harness this data and deliver a best-in-class digital and onsite experience for millions of fans.

“With Coach Advisor, we’re proud to now bring these advanced technologies to USTA coaches directly to tap into new data sources, so they can drive a deeper analysis of the game and support the growth and development of U.S. tennis players.” 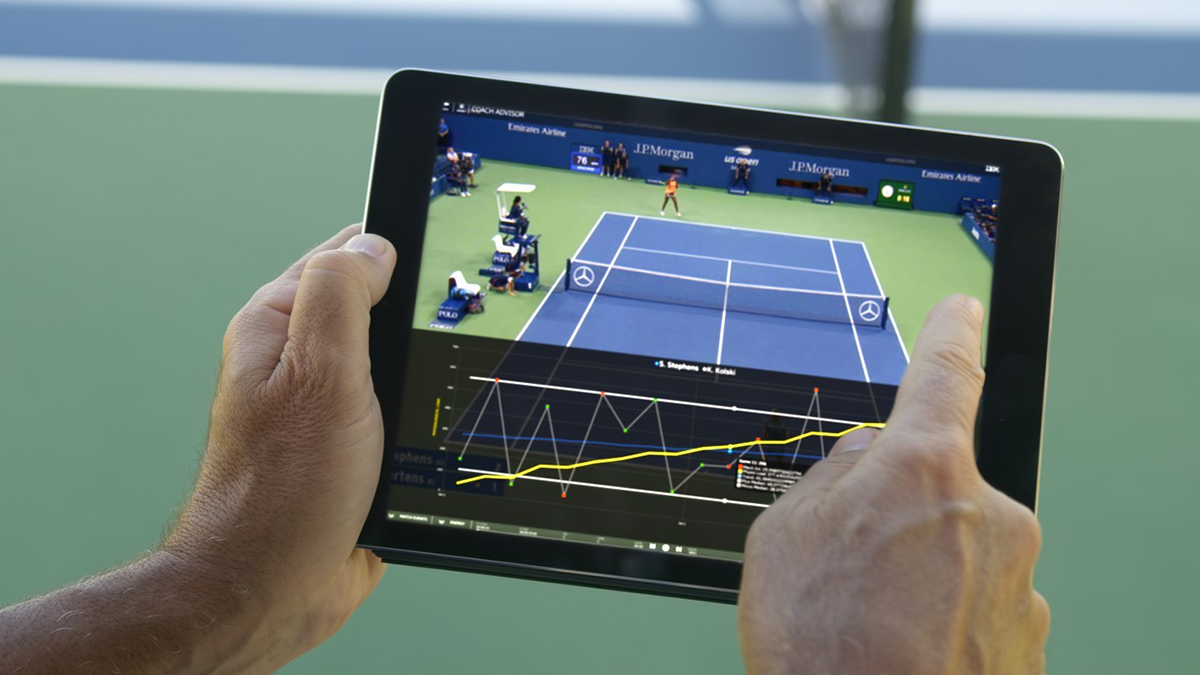 This AI Coach introduces what IBM called “first-of-a-kind” metrics to quantify a player’s physical exertion and endurance, making correlations with match performance. In particular, through a data set called ‘The Energy System’, it measures:

The hope is that athletes and their teams would be able to see where they’re using most energy — revolutionising how coaches develop and condition players, while avoiding the need to rely on player feedback and instinct.

The app, which runs on IBM’s Red Hat OpenShift, also automates match video capture, saving USTA staff days of manual analysis. AI is trained to detect the sound of hitting a ball, umpire calls and sneakers on a court, thereby instantly indexing every point in a match.

The plan is for Coach Advisor to be rolled out across the broader population of American players and coaches over time.