Haus.me: Sustainable 3D-Printed Houses to Live Off the Grid

The smart houses include everything needed to live independently, including built-in furniture, solar power, plumbing, internet and even complimentary wine glasses.

Haus.me is a company that prides itself on offering “zombie-proof luxury living.” Within a matter of weeks, the Reno, Nevada-based startup can 3D print a home that is sustainable, provides off-the-grid capabilities and can even make its own decisions through its AI Smart HomeOS system.

As the houses run on solar power, they do not need to be plugged in or connected to a power source. Water tanks, storage, and autonomous sewage come with the house, and the company offers an air-to-water system, removing the need for traditional plumbing. Nevertheless, electrical grids, generators, water sources, septic systems and city sewage networks can also be used.

No on-site construction is needed, either. The buildings can be set up on any flat surface. The buildings’ polymer composite frame is strong enough to provide extra resistance from hurricanes and earthquakes, and the windows are made of six layers of tempered glass—they are virtually unbreakable. 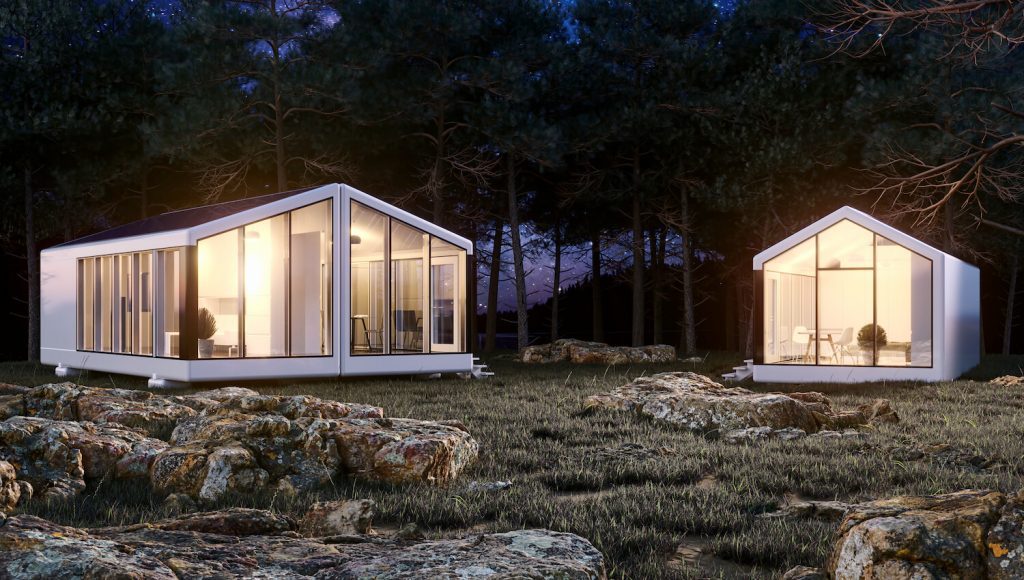 Equipped with fingerprint and face recognition, Haus offers a level of security above and beyond what is currently available for many traditional houses.

The startup’s house models have even been praised by NASA astronauts.

In addition to being self-sustainable, the houses are also environmentally sustainable. Unlike traditional houses in the United States, Haus houses are built an energy efficiency design that is better than 2030 requirements. The company’s new house models also offer zero carbon emissions and are designed to last ten times longer than typical construction.

The houses even maintain a 99 percent bacteria- and virus-free living space. The company’s Smart Air Purification system features an antibacterial system, HEPA filtration, recuperation and CO2 and humidity control—meaning the air is cleaner than many outdoor environments. 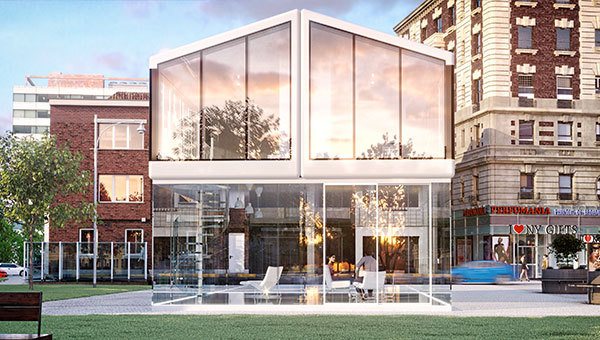 Haus offers three house models, starting from $1,163 per month: a studio; a two-bedroom single-family house; and a “luxury family house” with three bedrooms on two floors.

“With all the billions of dollars being pledged to fix housing in America, this team seems to be the one with the best combination of engineering and execution ability to take us into the future,” said Laura Wagner, on of the company’s advisors, as reported by Business Insider.

Fastbrick Robotics’ Hadrian X Can Build a House in 3 Days

Relativity, the Company Behind the World’s First 3D-Printed Rocket