Graviky’s 30-mililitre 'air-ink' pen is made from 50 minutes of pollution from a single car.

Question: Which everyday activity is just as bad for you as smoking cigarettes, and far, far worse than eating too much salt?

According to the World Health Organisation, nine out of ten people now breathe air polluted by soot and other noxious gases, which increase the risk of heart disease, respiratory problems and cancer. Air pollution causes seven million deaths and reportedly costs the economy a whopping $225bn every single year.

So it was only a matter of time before a group of bright young things found a way of turning chaos into opportunity. Graviky, a group of “hackers and scientists” originally based at MIT, has developed a revolutionary system to make ink from pollutants captured in the air.

In other words, the company is cleaning the air and turning smog — and air pollution more generally — into art.

“We thought: how can we take something as totally undesirable, ugly and bad as air pollution and turn it into something beautiful,” Anirudh Shama, co-founder of Graviky, says in an explanatory video.

“Where’s the best place for carbon soot to go? Is it our lungs, or inks that we make?”

The company attaches a machine called KAALINK over a car or generator exhaust to capture the soot, which is then treated chemically and converted into different types of inks and paints. The ink is used for screen printing or for stationary — its 30 millilitre pens contain between 30 and 50 minutes worth of air pollution created by a single car. 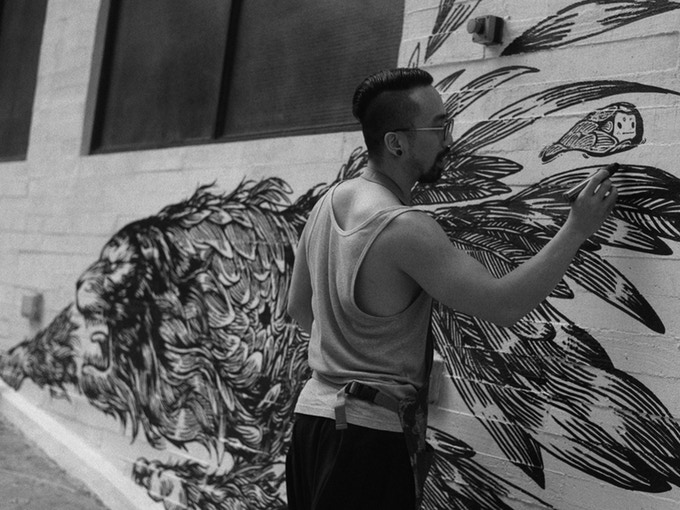 In the explanatory video, Sharma adds that Graviky’s process not only binds the captured pollution in one place — taking away its ability to float through the air and cause damage — but could be an outlet for factories that are currently dumping captured pollution into waste streams as they have no way of treating it.

This is particularly important in India, Sharma’s country of birth. A recent Greenpeace report found that the country, currently pursuing unfathomable levels of economic growth, is facing a pollution-related “public health emergency.” Seven of the 10 most polluted cities in the world were found to be in India.

It’s still early days for Graviky, which still needs to finalise technological and certification processes before the ink can be made commercially available. But interim results seem jaw-dropping: the company claims to have cleaned 1.6 trillion litres of air, and the founders have won awards ranging from Foreign Policy’s Top Global Thinkers to the Bronze at the 2018 Edison Awards.