Next time you scoff at someone pretending to play the drums in mid-air, just think—maybe they’re actually playing a Freedrum virtual drum kit.

The innovative company from Sweden has created what it dubs the “most affordable way to learn the drums anytime, anywhere.”

It’s a silent, invisible drum kit that only exists once you fire up the linked app and play along with smart, weighted drumsticks.

“We love playing the drums but they’re large, loud, and expensive,” the company wrote on a Kickstarter page. “That’s why we’ve created an instrument that’s silent, portable, and significantly more affordable.”

The app comes with a set of licensed music to play along with key songs. The drum beat cascades down from the top of the screen to the ‘play point’, operating much like the famed Guitar Hero and Rock Band franchises. 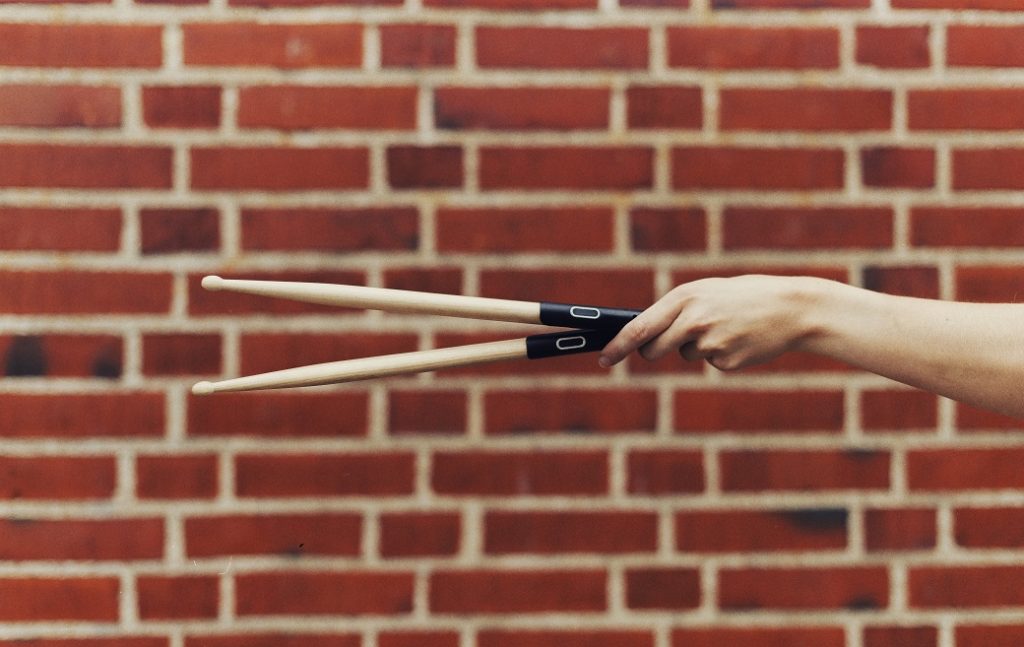 The drum sticks are weighted in such a way as to vibrate once they ‘hit’ the desired part of the drum kit. Freedrum users, quoted on the Kickstarter page, expressed surprise that it “feels like the drum is actually here.”

Freedrum explains how the ‘haptic feedback’ works in its ongoing crowdfunding campaign. “Nothing is going to replace the feeling of playing behind an acoustic drum kit but our new virtual drum kit will bring you closer,” the team writes.

“Haptic feedback (similar to what you feel with a game console controller) creates a unique sensation based on which drum you hit and how hard. We’ve done this by recreating the vibrations you feel when playing an acoustic kit.”

Haptic sensors are also placed on the user’s feet to give them the ability to play the bass pedal and the hi-hat. You can even use the app to select preferred grip style for the drum sticks, and whether you’re right- or left-handed.

The project is currently being crowdfunded, but the idea is to mass manufacture the product in July 2021 and to ship in the autumn.

The company was set up in 2016 after the first version of Freedrum was funded on Kickstarter.

Freedrum sent out 70,000 of its drumstick sensors, and has now updated the product to accommodate feedback from the first generation of users.