The first exhibition at the Vagina Museum is ‘Muff Busters’, challenging preconceived myths about vagina health and care.

What does the word ‘museum’ mean to you?

For many, it’s still faded gold coins, musty fabrics, over-priced tickets and an air of superiority.

All of which is basically the opposite of London’s latest hot cultural spot: The Vagina Museum, which opened its doors in Camden Market earlier this week.

As reported in the New York Times, the bare-brick museum is not a home for ancient fertility sculptures or “Victorian-era vibrators.” It’s a vibrant, informal place packed with informational posters, sculptures and vaginally-themed products.

The first exhibition is called ‘Muff Busters’, challenging preconceptions about pubic hair being unhygienic, or that vaginas should “smell like a bouquet of flowers.” Upcoming events include a dinner to celebrate Trans Day of Remembrance; a Pub(e) Quiz; and a ‘Cliterati’ feminist book club.

“Museums act as the custodians of history for society and give the public access to their history,” founder Florence Schechter told Cosmopolitan.

“Vaginas and vulvas have often been relegated to the backs of cupboards by curators because they are commonly deemed too controversial or difficult for the public.” 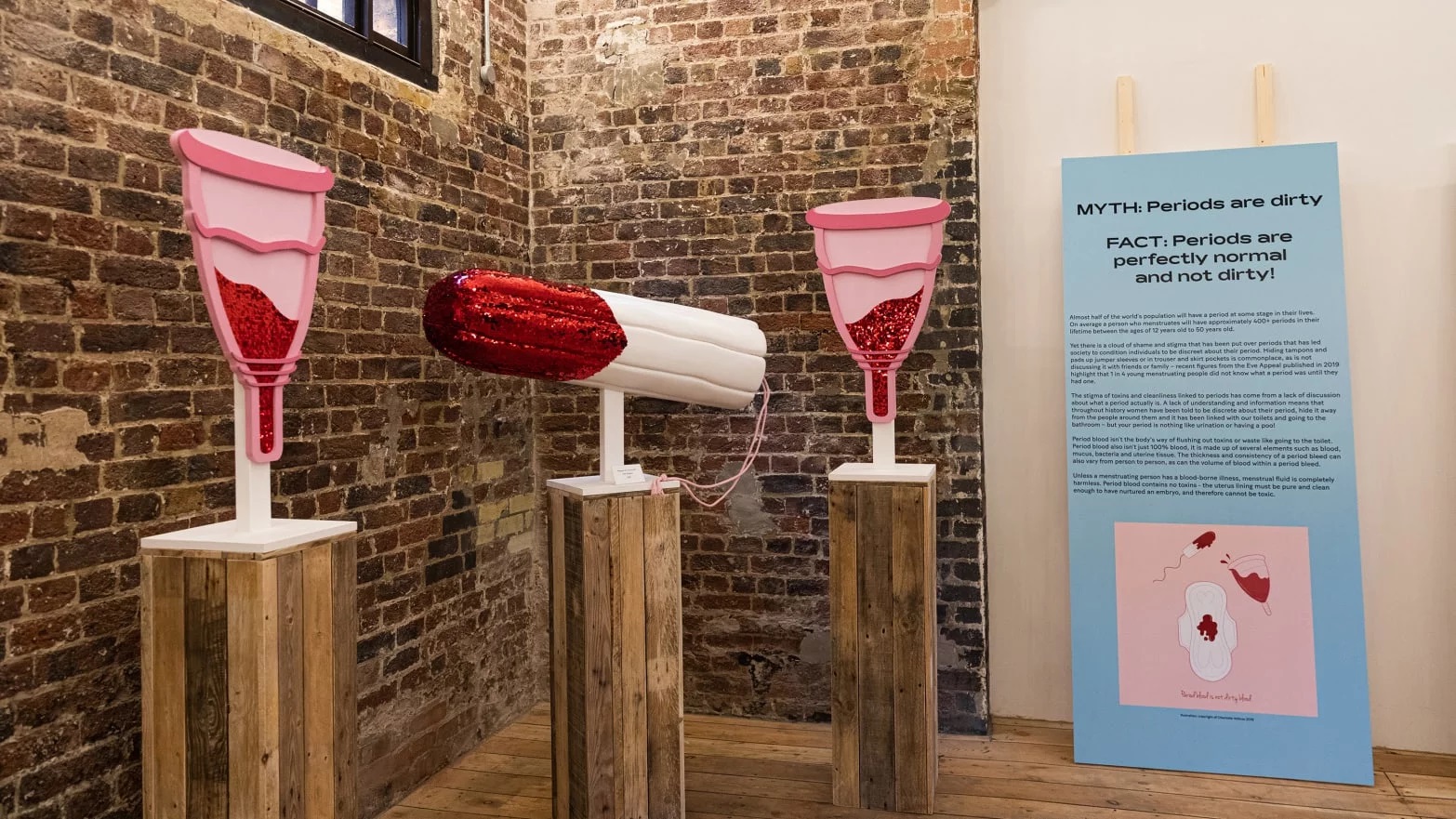 Inside the museum. Photo on the Daily Beast.

The journey to the Vagina Museum actually began in Iceland, when Schechter came across a well-established penis museum.

“We were pretty miffed (muffed?) when we learnt this but we thought, there’s only one way to rectify this,” the Vagina Museum website reads.

So, in 2017, Schechter — who has worked with London’s Science Museum, Abu Dhabi Science Festival and the Grant Museum — began a series of vagina-based pop-ups around the UK.

She teamed up with curator Sarah Creed, who has more than 10 years’ experience at museums and galleries including the British Museum (home of the Parthenon Marbles). Together they launched a crowdfunding page, raising £50,000 ($65,000) in four months to support the opening.

Both Schechter and Creed are clear that the project is not about gimmicky parity with a quirky museum in Iceland. They want to challenge deep-rooted body image issues and grapple with a stunning lack of knowledge about gynaecological anatomy. Recent polls, quoted in Cosmopolitan, find 52% of British people are unable to describe the function or even visibly identify the vagina. 47% could not do so for the labia, and 58% for the urethra.

Similarly, there’s been a 500% increase in the number of labiaplasties (surgery to reduce the size of the labia) on the NHS between 2002 and 2012.

Speaking to DIVA magazine, Schechter said that while the biggest challenge to date had been online trolls — who were often neutralised by getting in on the joke — there was a lot of fun to be had via “the unsolicited vagina pics we get — sometimes in the post or by email.

“People will just send us their art, which is fantastic, but super random.”

jokes normalise things, and joking that men are rubbish and incapable kind of reinforces that and gives them permission to be that. so, please please stop the “men can’t find the clitoris” joke!

This has been an #InternationalMensDay broadcast from the Vagina Museum.

Museums have been trying to shake off their old-timey image for ages. They’ve made their spaces bright, open and free. They’ve encouraged families to come and play. They’ve put on contemporary, challenging exhibitions, and hosted trendy ‘late night’ events — pairing dinosaur bones and woolly mammoths with DJs and cocktails.

But accessibility remains a real issue. While 51% of adults in the UK who identify as White visited a museum in 2017/18 (the most recent data), this dropped to 27% for people who identify as Black. Recent research also finds that more than half of the UK’s top 100 cultural attractions have not trained all of their staff on disability awareness.