Flex Appeal: The Duo Leading the Fight For a New Way of Working

Anna Whitehouse and Matt Farquharson’s campaign is close to seeing results and a legal right to work from home in the UK.

In January 2015, months after starting a new job, Anna Whitehouse was told that her company would be relocating.

Needing to be available to pick up her child from nursery, the copywriter put in a flexible working request. No luck. The request was denied, on the flimsy grounds that it would apparently “open the floodgates”.

“She was left with a choice — quit the job or only see our daughter asleep and at weekends,” Whitehouse’s partner, Matt Farquharson, writes.

“A month later, Mother Pukka was born. Since its launch in 2015, Mother Pukka has been campaigning to encourage the adoption of flexible working across the UK.”

Through Mother Pukka, and their ‘Flex Appeal’, Whitehouse and Farquharson have become formidable champions of flexible working in the UK. They define this broadly, as everything from creative shift patterns to job shares, flexi hours, compressed hours or different work patterns. 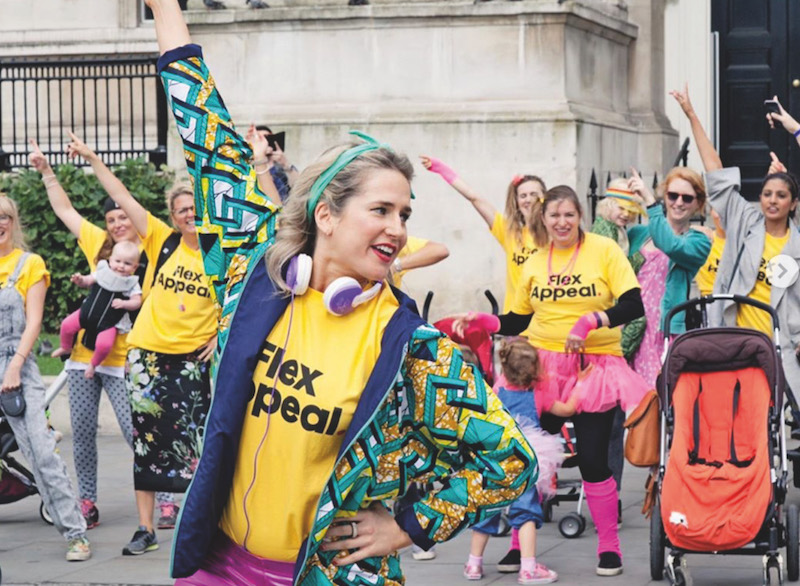 “The purpose of flex appeal is really very simple,” Farquharson says in a popular Tedx talk delivered with Whitehouse. “There are two parts to it: Encourage people who think they might benefit from flexible working to have the courage to make the request, but also encourage employers, when they get that request, to consider it, to see the benefits, to think about saying yes.”

Their belief — backed up by study after study — is that giving people more control over their work life makes them healthier and happier, saves on site costs, and leaves people better able to provide for their families.

“A little bit of flexibility can make a big difference,” Farquharson adds. “It can make a difference to the individual in their life, but also, to the employer. There are reams of statistics and studies that show that companies that employ a bit more flexible working are more productive, their people stay with them for longer, and it makes them a more attractive place to work in the first place, which is good news for the bottom line in cold hard cash.”

Whitehouse is clear that flexible working is for everyone. In the Tedx talk, she stresses that this is “not about mothers. This is not about fathers. This is about people.

Nonetheless, inequality in the workforce is clearly gendered. The gender pay gap is well-documented, and Whitehouse notes that every year 54,000 new mothers are “pushed out of work for pushing out a baby.”

For this reason, flexible time is often dismissed as something “just by mums”. That’s partly why Whitehouse and Mother Pukka have teamed up with construction firm Sir Robert McAlpine, a leader in a traditionally male field, for the newest element of the Flex Appeal campaign: to collect human stories from workers and employers about when flexible working has been a success.

The hope is that this — alongside work by the Flex For All coalition, which brings together Mother Pukka with organisations including Pregnant Then Screwed, The Fatherhood Institute and Young Women’s Trust — will provide the extra evidence and direction employers need to throw themselves behind flexible working.

It’s my birthday and what a gift. After 27 Whitehall meetings, 4 round tables, 7 flash mobs and one pandemic, it feels like the working world is starting to look at what people are doing not where they are sitting. It’s not everything but it’s a start #flexappeal #birthday pic.twitter.com/1QLiygG2wL

Recent news shows that this future may come sooner than expected. In Europe, Germany is preparing legislation to enshrine a right to work from home in law, and earlier this month, the UK began making the same consideration.

“After 27 Whitehall meetings, 4 round tables, 7 flash mobs and one pandemic, it feels like the working world is starting to look at what people are doing not where they are sitting,” Whitehouse wrote on LinkedIn in response to the UK news.

“I cried as soon as I saw that headline and called all those who have fought by our side. It’s not everything but it’s a start and right now I’m holding that so very close.”

And on those floodgates? “Open them,” Whitehouse says. “People are drowning behind these floodgates.

“Judge people on what they’re doing, not where they’re sitting or standing.”

Germany Plans Legal Right To Work From Home After COVID-19

Maven Clinic: Addressing Gaps in Family Healthcare throughout the US