The Libra Association is currently backed by 28 other major entities, including Uber, PayPal, Mastercard and Andreessen Horowitz.

Facebook has announced its plans to debut a new cryptocurrency, Libra, by 2020.

“We believe that the world needs a global, digitally native currency that brings together the attributes of the world’s best currencies: stability, low inflation, wide global acceptance, and fungibility,” reads the Libra white paper. “The Libra currency is designed to help with these global needs, aiming to expand how money works for more people around the world.”

“For many people around the world, even basic financial services are still out of reach: almost half of the adults in the world don’t have an active bank account and those numbers are worse in developing countries and even worse for women,” the announcement stated. “The cost of that exclusion is high — approximately 70% of small businesses in developing countries lack access to credit and $25 billion is lost by migrants every year through remittance fees.”

Through the platform, users will be able to send money and buy things with next to no fees. The press release stated that people may eventually be able to pay bills, pay for coffee or re-load a public transport pass through the app. 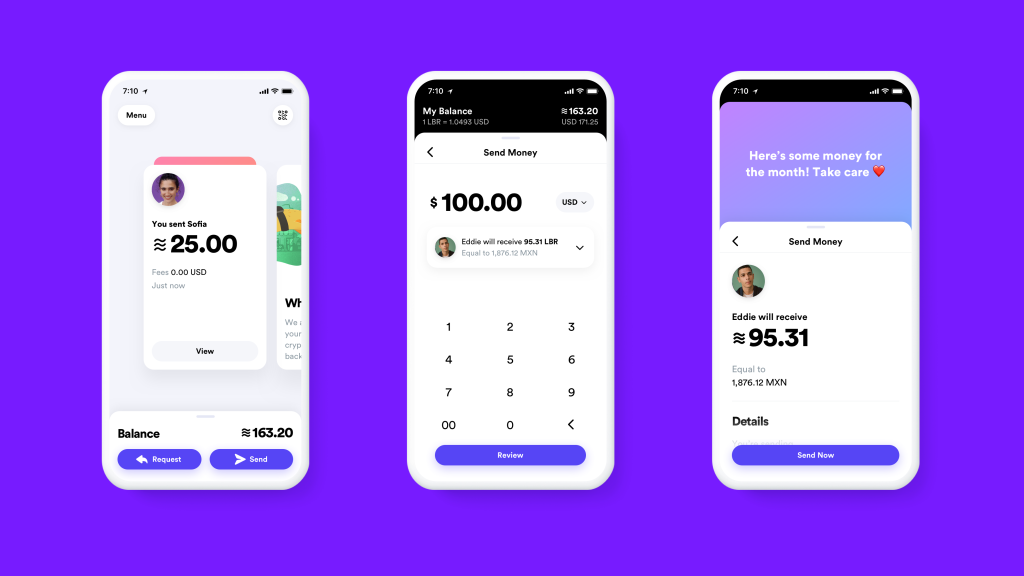 To buy Libra tokens, users will need to purchase them through the app by linking a bank account or, for those without access to a bank, in cash at cash transfer businesses, convenience stores or other similar physical locations.

To achieve the goal of creating a “lower-cost, more accessible, more connected global financial system,” Libra will be designed to operate as a stable coin.

“Stable coins are set to climb the ladder as some of the most in-demand crypto assets as the industry matures and more institutional participants enter the marketplace,” said Fran Strajnar, head of analysis firm Brave New Coin, as quoted by CoinTelegraph.

While the Bitcoin boom of 2017 put cryptocurrencies on the map, the volatility of such coins makes them unlikely to be used in day-to-day transactions. Stable coins aim to solve that problem, as they attempt to offer the stability of fiat currencies (e.g. US dollar, euro) with the security and pragmatic advantages of cryptocurrencies.

Unlike most cryptocurrencies, including Bitcoin, Litecoin and Ethereum, all stable coins are backed by some type of collateral—such as another cryptocurrency, a fiat currency or a central authority. As such, Libra will be backed by a reserve of low-volatility real assets, such as short-term government securities and bank deposits from reputable central banks, in the “Libra Reserve,” as explained by the white paper.

“Stable coins are one of the keys to bringing the benefits of cryptocurrencies to everyday people, both in terms of price stability and decentralisation of capital,” explained Rafael Cosman, CEO of stable coin platform TrustToken.

Facebook will not be fully in control of the Libra cryptocurrency ecosystem. The company will have one single vote towards its management along with the 28 other founding members of the Libra Association. The project current founders hail from multiple sectors, such as payments (Mastercard, Stripe), technology and marketplaces (Uber, Lyft, Spotify), telecommunications (Vodafone, Iliad), blockchain (Coinbase, Bison Trails), venture capital (Andreessen Horowitz, Thrive Capital) and nonprofit organisations (Kiva, Mercy Corps). Facebook is hoping to attract 100 founding members before Libra’s official launch.

The social media giant is also launching its own subsidiary, Calibra, to represent Facebook in the Libra Association and protect users’ privacy by ensuring that their Libra transactions never mix with their Facebook data. Libra coins will be stored in a Calibra crypto wallet, which will be accessible through Facebook Messenger, WhatsApp or as a stand-alone app. Calibra users will have to go through a “know your customer” process, which is a typical blockchain protocol used to verify user identities to prevent financial crimes.