Renowned Creative Director Virgil Abloh, who shot to fame through collaborations with Kanye West, has created a playable side-scroller to accompany the unveiling of the Autumn-Winter Men’s Collection.

Glitchy 8-bit sounds echo over a Street Fighter-style side-scroller, as our hero — a ragged orange outline of a man — hops and ducks his way through a New York street littered with rubbish bins, fire hydrants, shop fronts and retro signage. Points are awarded for distance and successfully throwing a bag into randomly appearing Louis Vuitton tokens.

The neon setting may be ‘80s, but the concept is undeniably 2019: a bespoke video game to announce a luxury french fashion house’s clothing collection. With ‘Endless Runner’, Louis Vuitton aims to promote its Autumn-Winter male collection, now available in stores, and “revisit the New York City set of Virgil Abloh’s 2019 Fashion Show that took place in Paris in early 2019.”

Like every industry, the giants of the fashion world spend millions on marketing campaigns, continually competing to dream up the most innovative and unexpected ways of announcing their latest products. But Endless Runner — a fas-paced, stylised nostalgia-blast — does feel new. Especially its level of interactivity.

What’s interesting is that the game is not out of character for the fashion house or the renowned designer. In 2016, Vuitton selected ‘Lightning’, a female character from the popular video game Final Fantasy XIII, to be the face of its Spring-Summer collection. Announcing the decision, Vuitton sad the character was the “perfect avatar for a heroic and global woman” given that the character’s actions were “so courageous that she was transformed into a super being.” 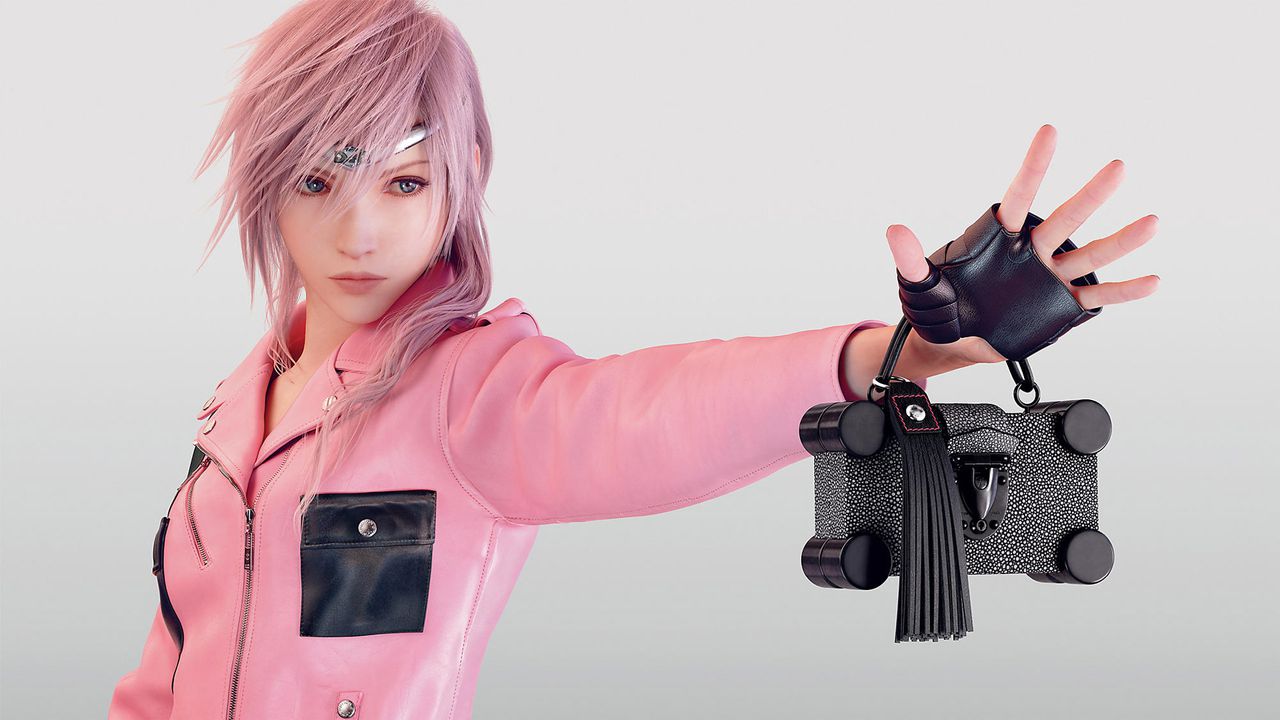 Lightning, the video game character used as a spokesmodel for Louis Vuitton in 2016

Abloh, the first Black Artistic Director of a French luxury fashion house, has also built a career out of being versatile and close to the ground. A trained architect, DJ, and streetwear specialist, he got his start in the fashion world with an internship at Fendi in 2009. While there, he met the rapper Kanye West, and began what became a long-term collaboration — including a stint as creative director of DONDA, West’s creative agency, and artistic director for the Kanye West-Jay Z collaboration album, Watch The Throne. As a DJ, he’s produced a single, Orvnge, with German producer Boys Noize — renowned for his glitchy, 8-bit-influenced sound.

Abloh has also got connections for days: he started Milan-based high-end streetwear brand Off-White; he’s dressed people including musicians Rihanna, Dev Hynes and Kid Cudi; he’s worked with Nike on an outfit for tennis ace Serena Williams to wear at the US Open, and with Ikea on furniture for millenials.

He told Business of Fashion that his goal with his streetwear projects was to remove its ‘cheap’ label and “add an intellectual layer to it and make it credible.” The sum of his efforts led him to be selected as one of Time magazine’s 100 most influential people in the world for 2018, and it’s easy to see how the new project may also be aiming to add an “intellectual layer” to collaborations between fashion houses and digital projects.