Dutch meat giant Vion is to turn one of their beef processing facilities into a dedicated plant-based site.

Vion CEO Ronald Lotgerink announced earlier this year that the company was to introduce meat alternatives as part of its strategy of building food chains “based on the market demand.”

“Alongside the sustainable production of traditional meat, a new part of the organisation, ME-AT, will work as a food designer and concentrate on developing high-quality meat alternatives,” the company said in a statement.

Constructed in 2017, the Leeuwarden, the Netherlands facility previously had the capacity for 2,500 cows per week. Now the only meat that will come out of the facility is ME-AT which is set to launch in 2020 and will include five different “high-quality” vegan meat products.

The site will be scaled up to add more production lines, freezing facilities and larger storage capacity. The company affirms that current employees will not be affected by the change. 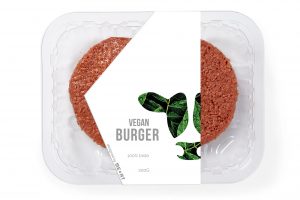 Vion is targeting the growing number of so-called flexitarian throughout Europe.

According to an early 2019 study by supermarket chain Sainsbury’s, 91 percent of Brits now identify as flexitarian.

Vion says that next to their home markets in the Netherlands and Germany, other parts of Europe like Italy and France are also growing markets for meat alternatives — mainly as the result of eating habits of flexitarians, who regularly buy these products.

“With this project, Vion is exploiting its knowledge and expertise to take the next step in providing the world with alternative sources of protein within the area for which it is responsible,” the company said in a statement.

It added, “The products are ideal for a broad group of flexitarians, vegetarians and vegans. ME-AT’s vision on the future is wide open, so it will include introduce product improvements and innovations in the terms of raw materials, packaging and textures. With the new start-up, Vion is focusing on products that are meat-like in their flavour and appearance.”