Dunedin Mayor Aaron Hawkins has some brilliant news: his city is going doughnut.

Writing on Twitter at the end of September, Mayor Hawkins announced that Dunedin City Council had just committed to “adopting the Thriving Cities approach to measuring sustainability, building on Kate Raworth’s ‘doughnut economics’.”

But in the middle of an election year, and as the country plans its COVID-19 recovery, it’s actually one of the most exciting things the city of 130,000 people on New Zealand’s South Island could have done — for local people, local nature, and our world as a whole.

To understand why, we need a bit of context. 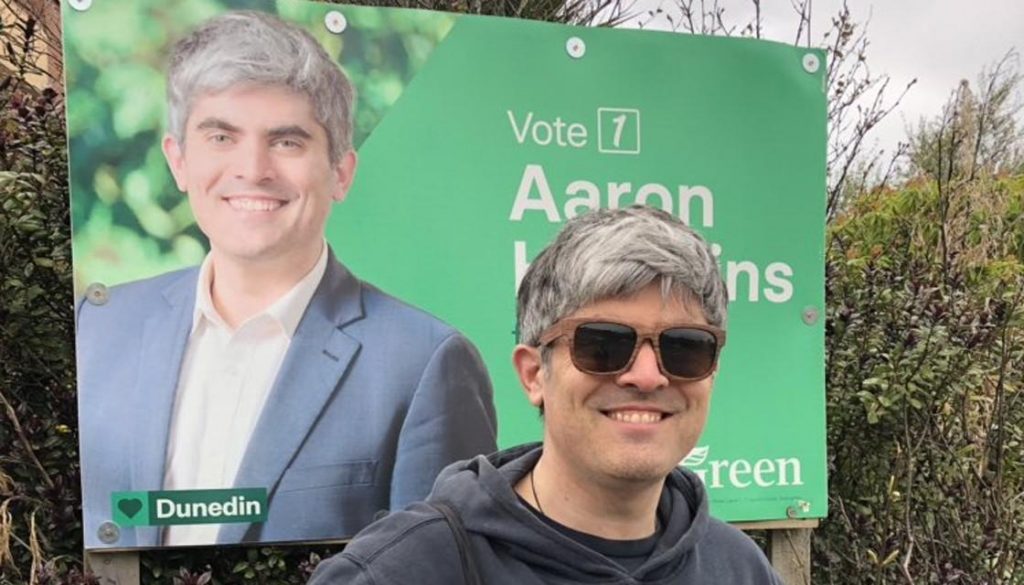 Needless to say, the text was a phenomenon. It was soon a Sunday Times bestseller and bedtime reading for thinkers and policy makers around the world. Guardian commentator George Monbiot even went as far as calling Raworth ‘The John Maynard Keynes of the 21st Century’.

Her doughnut model — actually the result of a lifetime of study — is a challenge to the lure of eternal growth. It stresses that all people must be provided with the essentials of life (food, water, social equality, political voice etc), but that this must be done without overshooting the world’s ecological ceiling.

In other words, life must stay within the ‘doughnut’ — neither falling in the middle, to poverty and inequality — nor expanding beyond the outer limit, to biodiversity and environmental collapse.

To help cities use the concepts, Raworth collaborated with several initiatives to downscale the doughnut into ‘city portraits’. The collaborators were c40 cities, a network of 97 cities that have pledged to work for a more sustainable future; bio-consultancy Biomimicry 3.8; and circular economy think tank Circle Economy.

These portraits—part of the ‘Thriving Cities Initiative’ that mayor Hawkins mentioned in his tweet—give cities four concepts through which to see and assess change: social, ecological, local, and global.

So far three cities have started using the doughnut portraits. In Amsterdam, a need for affordable housing was balanced against a need to avoid methods of construction that further damage the environment.

The city assessed how circular design could be used to sequester carbon emissions, reduce air pollution and incorporate sustainable energy production. It then thought about social challenges — how could the new housing promote good health, communities and jobs? How could materials for housing be procured in a way that avoid exploitation around the world?

“The more your city can match the generosity of the world in which it’s embedded, the more it can become resilient and thriving as a place to live,” Raworth sums up in an explainer video.

While the city portraits are a useful starting point, Raworth’s ultimate hope is that local communities adapt doughnut economics to local cultural and social contexts.

This is something that is happily already underway in New Zealand.

The reimagining stresses the importance of connecting people to their local environment and making room for indigenous knowledge. Crucially, it flips the doughnut concept, placing the environment as its foundation, with social elements as the outer ring. 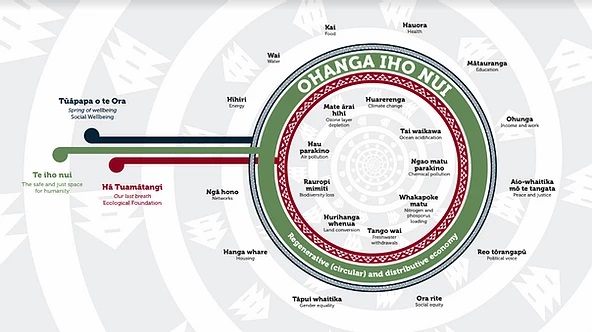 Boasa Dean’s reimagining of the doughnut from a Tūhoe Māori perspective. Photo on Moonshot:City. Credit Juhi Shareef and Teina Boasa-Dean

At the same time, the country is exploring how to integrate socially-conscious, environmentally-focused economics on a national scale.

A recently-held Sustainable Finance Forum mused on the necessary change to “reverse the decline of New Zealand’s natural resources.”

“We need to align with the [Maori] principles of kaitiakitanga and value, protect, and preserve these natural and social resources because we need them to provide for future generations,” a report said, urging the country to study doughnut economics “to help visualise what a sustainable economy looks like.”

New Zealand is even holding a ‘Doughnut Economics Election 2020 Policy Debate’, in which representatives from the major parties, including incumbent Prime Minister Jacinda Arden’s Labour party, will jostle to explain how their social and environmental policies fit the doughnut concepts. 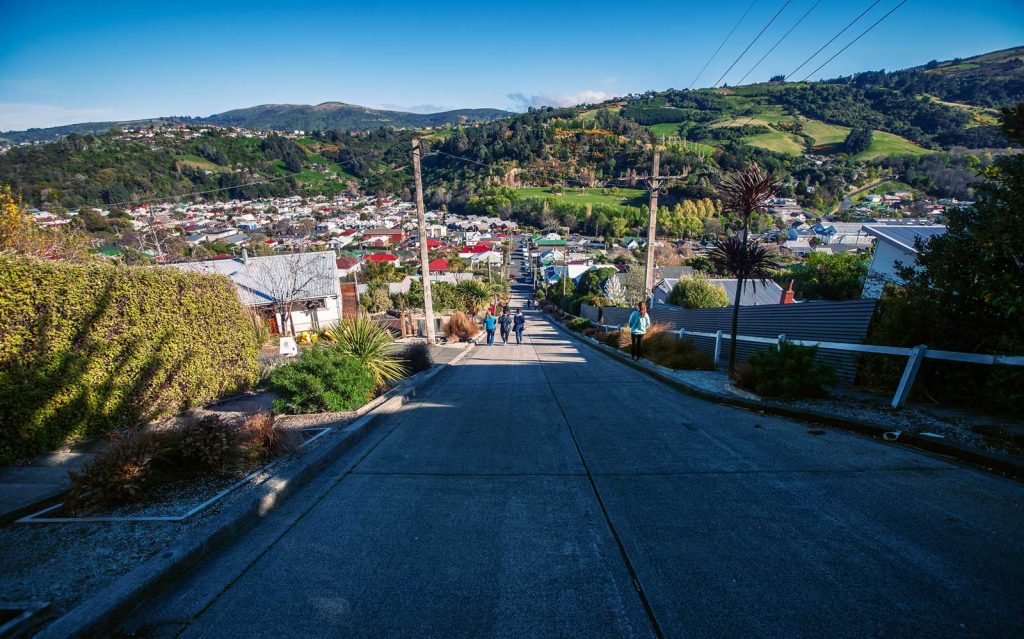 It was amid these developments, and on the same day Raworth launched a new doughnut knowledge hub, the Doughnut Economics Action Lab, that Dunedin mayor Aaron Hawkins announced his city’s commitment to the economic change.

It’s still to be seen what doughnutting will look like for Dunedin. But it’s not a commitment without consequence: the city happens to be in the middle of planning its upcoming budgets and strategy for the next ten years.

Speaking about the need for change, Mayor Hawkins said in a statement: “We were already facing some big challenges and making plans at the moment is difficult, given there’s so much uncertainty.

“Not only are we dealing with the longer term impact of COVID-19, we have challenges around things like responding to climate change and the planned water reforms.”

He continued: “We think we need to keep doing what we’re doing – investing in our city while still planning for Dunedin to grow.”

Grow, of course — but within the ecological ceiling set out by the doughnut.

Pablo Servigne Is Ready For The End Of Our World