Feel the buzz in a room full of students before Dr. Calvin Mackie arrives to speak and you’d think you were about to meet a superstar. Which, arguably, he is — just not for music or sports. For STEM.

The New Orleans native’s raw passion has been directed towards making science accessible for people from all communities and backgrounds. His monthly science-camp, STEM NOLA, gets kids from the most under-served communities excited about electrical circuits and windmills, drones and the circulatory system.

Or as he puts it, learning “from the neck up.”

Since it was set up in 2014, STEM NOLA has reached 40,000 students, from kindergarten to the end of high school. The programme of events and activities are led by college students and local STEM leaders, who can show the participating kids what a thriving STEM career looks like. 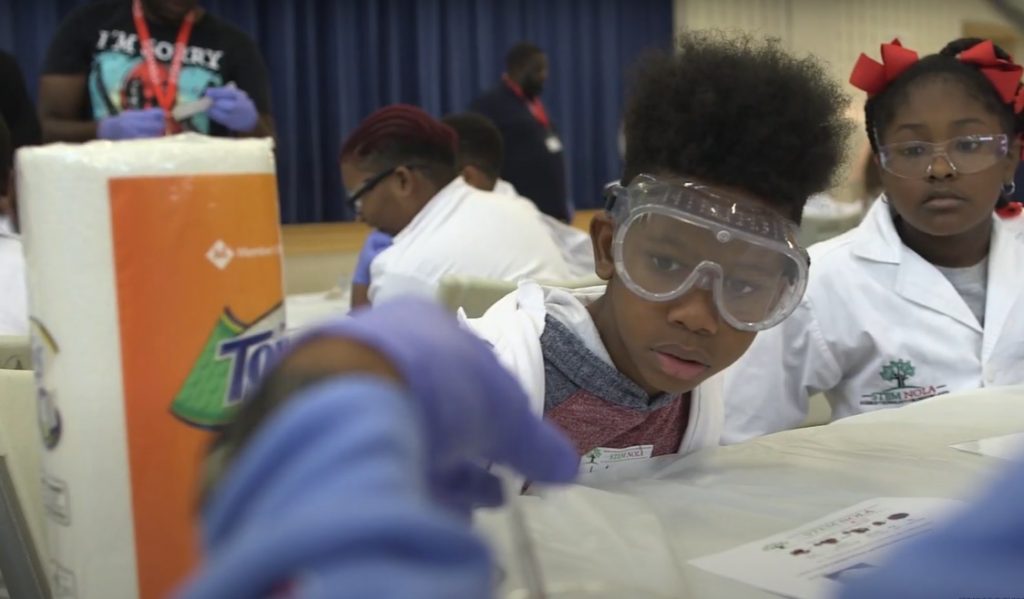 What’s particularly inspiring, as Dr Mackie sets out in one talk, is that he “started from the bottom.” He never had any books in his house. He thought he was going to be a star basketball player until he suffered a traumatic shoulder separation as a teenager and was told he’d never play again. He thought he could study engineering at Georgia Tech until he scored 840 on his SATs and was told he wasn’t college material.

He was eventually taken on at Morehouse College, for Maths, on the condition that he study remedial reading classes alongside 8th graders.

“Thank goodness there was a quote on the wall which said, ‘When you find yourself behind in the race of life you’ve got two options: run faster or quit’.

Mackie was spurred on. He graduated from Morehouse first in his class in Maths. He then decided to do an undergraduate degree in engineering at Georgia Tech, which he completed in 18 months. 2 years later he had a Masters in engineering, and four years later a PhD in engineering — from the very university that rejected him in the beginning.

“What’s in you,” he asked an audience of students in one video. “Why are you here? Why are you in school?

“Get up and do the things that are in you. If you focus yourself on things that intrigue you, some question… you can make a difference such that generations from now people will know your name. That’s what we need from you.”