2019 has undoubtedly been a year of global uprising, and for a worthy cause — to save our planet. Therefore, it should come as no surprise that “climate strike” has been named Collins Dictionary’s word of the year.

Each year, the dictionary’s lexicographers monitor a 9.5bn word corpus and make a list of 10 new and notable terms that reflect an ever-evolving culture and consciousness.

One of these words is crowned the word of the year.

Between Sept 20 and 27 2019,  a reported 7.6 million people joined the global climate strike across the world. From Pakistan to London, Vietnam to Afghanistan, the rally cries of a young Swedish schoolgirl were heard, mobilising millions to take a stand.

Greta Thunberg, the global face of the climate strike movement empowered millions of schoolkids to join her in skipping school on Friday’s to protest — putting political pressure on governments to pay attention to the devastating effects of climate change that the youth will have to endure in the years to come.

Collins Dictionary states that climate strike was first registered in November 2015 when a mass demonstration took place coinciding with the UN Climate Change Conference in Paris.

However, it was Thunberg’s Fridays for the Future movement that she kicked off alone in 2018 that really popularised the term. 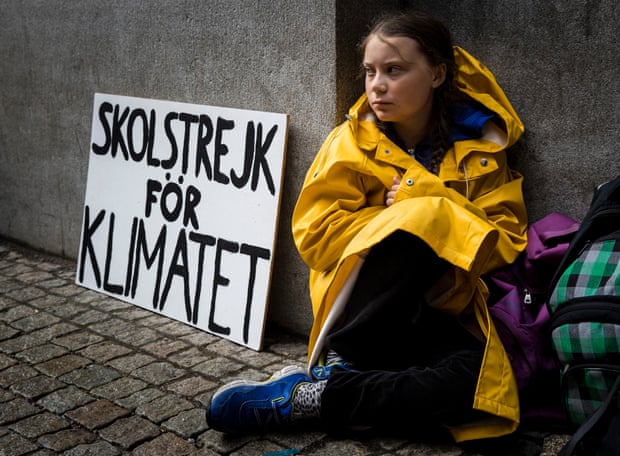 Since then, climate strikes have spread and become a frequent reality in many of the world’s largest cities.

Collins’ lexicographers observed a one-hundred-fold increase in the use of the phrase in 2019 and a four-fold increase since 2013, with news stories and images such as those seen in the BBC’s Blue Planet II steeply raising public awareness of the issue.

Speaking to The Guardian, Helen Newstead, Collins’ language content consultant, said: “Climate strikes can often divide opinion, but they have been inescapable this last year and have even driven a former word of the year – Brexit – from the top of the news agenda, if only for a short time.”

“Climate Strike” will get its own entry in the next edition of the dictionary and is defined by Collins as “a form of protest in which people absent themselves from education or work in order to join demonstrations demanding action to counter climate change.”

The winning phrase represents a trend of new environment-related terms — 2018’s word of the year was “single-use” — and reflects the use of increasingly politicised language.

Other words on the shortlist include:

bopo (ˈbəʊpəʊ) noun also spelt BoPo: a movement advocating the view that people should be proud of the appearance of their bodies, or any aspect of this, especially size

hopepunk (ˈhəʊpˌpʌŋk) noun: a literary and artistic movement that celebrates the pursuit of positive aims in the face of adversity

influencer (ˈɪnflʊənsə) noun: a person who uses social media to promote lifestyle choices, commercial products, etc to his or her followers

nonbinary (ˌnɒnˈbaɪnərɪ) adjective. Also spelt non-binary: relating to a gender or sexual identity that does not conform to the binary categories of male or female, heterosexual or homosexual

Melati & Isabel Wijsen: The Sisters who Got Plastic Bags Banned in Bali