Blockchain has been used to increase access to financial services around the world. Decentralised finance platforms are opening up the availability of loans and financing without the need of a traditional bank or other central authority, offering opportunities to those who may otherwise be “unbankable.”

Celsius Network, a crypto lending startup, is taking its decentralised finance platform one step further: Users will now be able to earn interest on their cryptocurrency and instantly borrow US dollars against their tokens.

With a mission to provide financial freedom, economic opportunity, and income equality for the average person, the company is focusing on “eliminating the toll collector” and acting in its users’ best interests, as Celsius Network CEO and founder Alex Mashinsky explained in an interview with NASDAQ.

Celsius Network users can deposit cryptocurrency and earn interest on their tokens at rates much higher than those offered by banks—five percent or more, compared to the national average APY of 0.09 percent for traditional banks and approximately two percent among the best online banks in the US.

By investing in the company’s CEL tokens, members can earn an even higher interest rate as well as a discount on their loan payment rates.

According to Tech Startups, interest on CEL tokens is funded by the company’s token treasury. Celsius issues loans in US dollars by converting CEL into USD and generating revenue through loan interest payments. Like all the other coins supported on the platform, Celsius distributes up to 80 percent of this income back to its members. 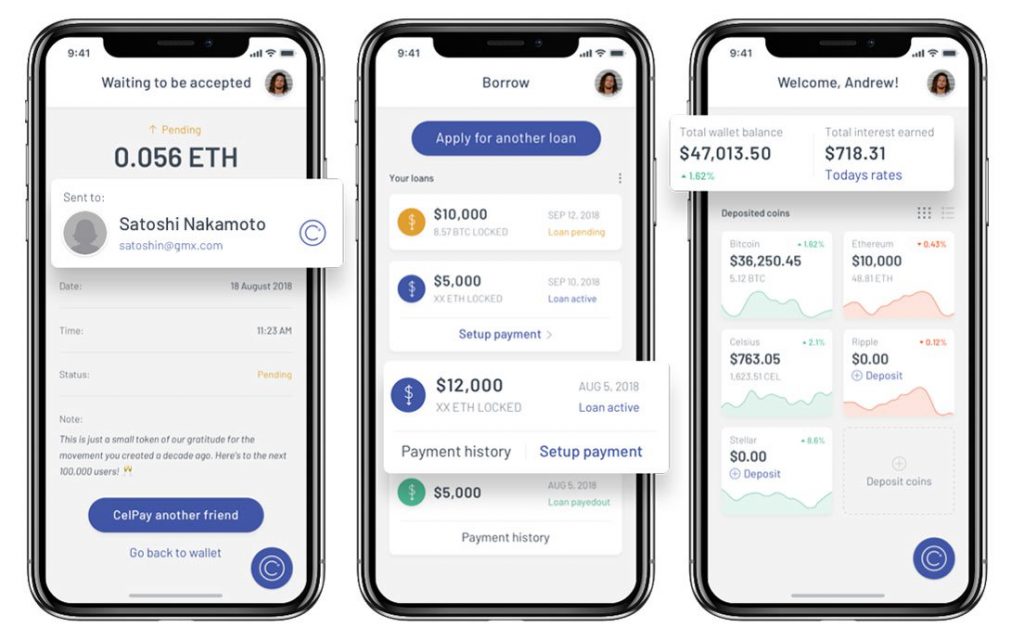 “We can actually do everything for our customers because we don’t have the shareholders, board meetings, and bottom lines that we have to meet,” said Kristen Ryan, Director of Marketing at Celsius Network, as reported by Bad Credit. “As Alex loves to say, ‘We can do well and do good.’ From its start, that was the mission.”

Members can also borrow against their cryptocurrency’s value for US dollars, using their coins as collateral for the loan. As anyone can purchase cryptocurrency without a credit check or credit history, these loans offer credit to those who may not otherwise have a way to borrow money from banks or other institutions.

The idea for Celsius Network came to Alex Mashinsky—a serial entrepreneur and the mastermind behind Voice over Internet Protocol (VoIP)—and S. Daniel Leon in 2017. They wanted to make financial services more accessible and beneficial, especially to those who are underbanked and credit poor.

By the end of 2018, they utilised blockchain technology to accomplish that goal. In August 2019, Celsius Network was recognised as the fastest growing crypto lender in the world–having originated $2.2 billion in loans while surpassing $300 million AUM (assets under management) in consumer deposits and collateral from loans.