It’s impossible not to be in awe of Bright Simons when he really gets going.

The groundbreaking ideas activist, whose innovation has made farming and medicine more secure across the Global South, is a master conversationalist—skilfully weaving Middle Age philosophy, anti-vaccine homeschoolers and Californian grape farmers into the same conversation.

His work has restored trust previously chewed up and discarded by multinational organisations, corrupt governments and bad faith actors. It’s also taken pains to challenge one of the most abrasive ideologies around the world—which says that only ideas born in rich countries are worth listening to.

So, I was interested to learn about what he thought of the anti-vaccine movement, which seems to be gaining ground in a world soaked by COVID-19 conspiracy theories. 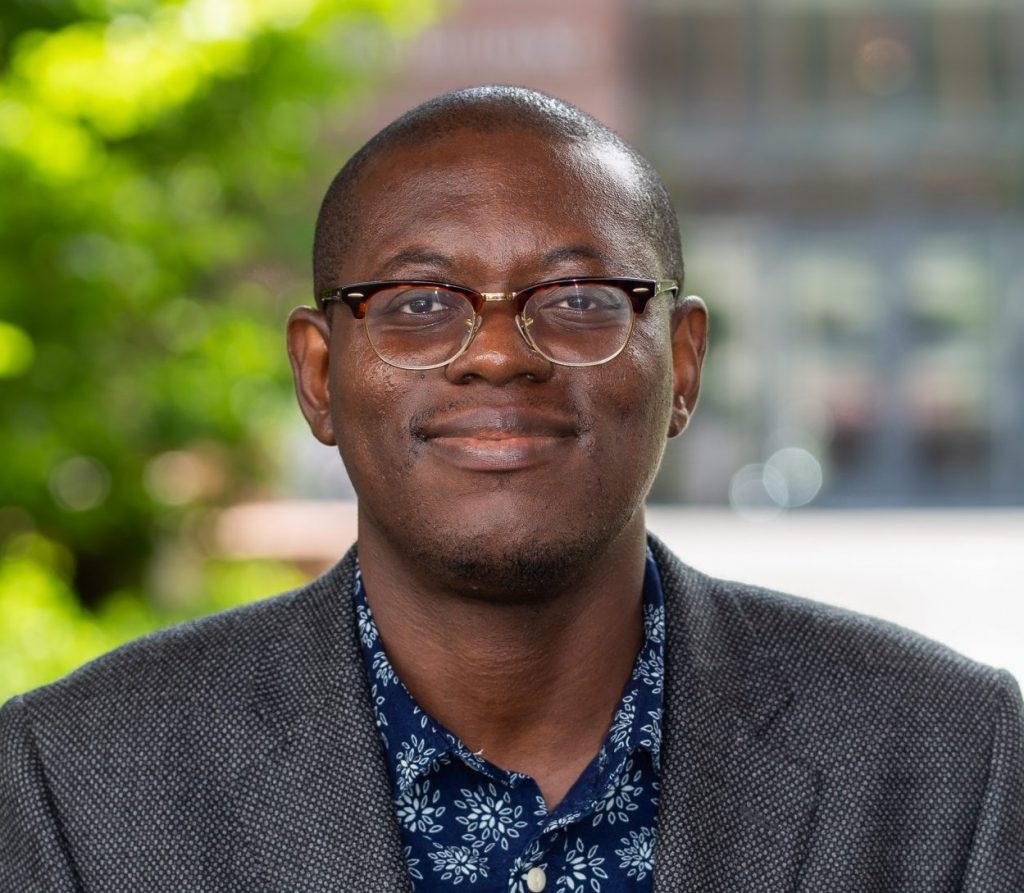 WHO data have shown a recent explosion in measles infections, in large part powered by unvaccinated communities in countries including the United States. Popular figures like World Tennis Number 1 Novak Djokovic and actress Jessica Biel have given credibility to vaccine hesitancy movements by publicly expressing dissent with vaccines.

His key distinction is the difference between “orthodoxy” and “orthopraxy.”

Most of us don’t spend time worrying about how gravity works, or exactly which chemicals are used in our shampoo, or why a religious text says not to eat a certain food. We just accept these ideas as ‘orthodox’ and go on with our lives, even if we have no evidence to suggest this is the right course of action.

“We’re just designed as creatures to have these beliefs in our heads and just operate on them,” he tells GS.

By contrast, Simons’ orthopraxy is an evidence-driven approach to issues— the desire to pull things apart and understand them before acting.

Most of us are orthodox about the vast majority of things, and we don’t have the time or the inclination to do the analysis ourselves. We decide something, or are told something, and then follow that course of action. For most people, pro- or anti-vax, the position is the same— an orthodox belief in one set of actions. 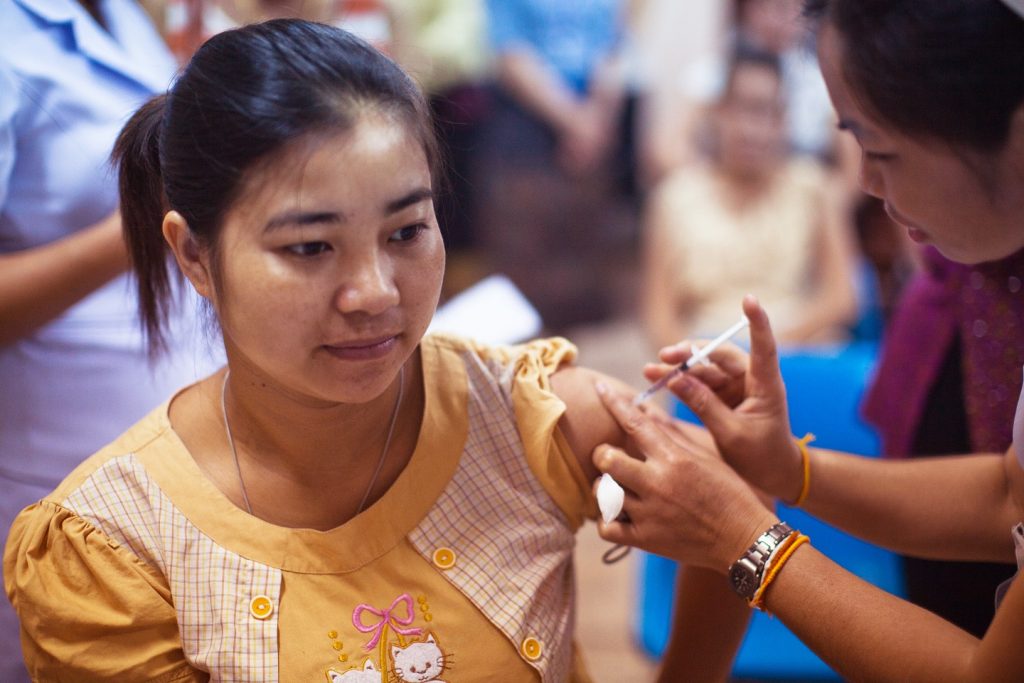 Vaccine being administered. Photo by CDC on Unsplash

What’s interesting is how someone can move from one set of ‘rational’ beliefs to another. How do you go from respecting internationally renowned infectious disease experts to preferring someone you’ve never heard of in a YouTube video or an article on a news site you’ve never seen before?

Simons suggests it could be because of the “technocratic dictatorship,” which essentially tells people to shut up, listen and do as you’re told. He says that in these contexts, people rebel, regardless of however positive the idea is that you’re promoting.

Equally, experts sometimes make mistakes and make contradictory statements. Take the WHO: Across the COVID-19 pandemic, members of the organisation have made a series of different comments about how easily asymptomatic people can spread the virus. Those who believe experts are infallible could be rocked by these changes—or conclude that experts have been acting maliciously, changing their argument to suit some ulterior motive.

So, soon-to-be anti-vaxxers could start thinking critically, breaking down and analysing vaccines and the vaccine industry. This is a difficult and inherently messy process. While you could find evidence about the relatively recent eradication of Smallpox, which reportedly killed 300 million people in the 20th century alone, you could also find evidence of pharma companies placing profit over human lives. You could find evidence of adverse reactions to vaccines (despite studies showing just 33 life-threatening reactions to vaccines after 25,000,000 doses). You could find examples of how some vaccines are made up of a strain of virus, while others are entirely synthetic. You could find examples of doctors—often speaking in the 19th or early 20th century—saying that they don’t think vaccines work.

Crucially, guiding you through all of this and helping you return to what we actually want—the comfort of simplified narratives— is a group of what Simons calls “alter experts.”

“They kind of convince you they’re like you,” he says. “They’re also in the search for truth. They’re activists. And because they’re activists, even though you’re deferring to them, you kind of think you’re not. It’s a very fascinating mental game that we play without ourselves.

“We kind of feel like, ‘Oh, now I’m woke,’ I’ve got this activist orientation to this knowledge, because somehow I’m helping to uncover it. And then the people you’re working with—these anti-vaxxers, these conspiracy theories—are all of these people that are actually experts. Just that they’re the experts in your camp.”

What kind of world do anti-vaxxers want?

Simons is clear to say that not everyone reaches the same conclusions for the same reasons. He says you could understand a Nigerian village chief being suspicious of vaccines because they’re concerned about big pharma promoting a solution that has no roots in their society—particularly after recent scandals have shown that pharmaceutical companies treat patients in Africa very differently from patients in Europe.

But the question here is one of trust and education, rather than malicious intent. If these people were to understand that vaccines work, and if the pharmaceutical companies were established under some kind of accountability regime, he says, they would take the vaccines and polio would disappear from the country.

What’s different, Simons adds, is the person whose goal is essentially anti-government and anti-state and whose mistrust is based on individualistic self-belief. You start wondering, “whose perspective promotes harm,” he adds.

This is the crux of the argument for Simons. How you find your way through the messy world of orthopraxy is based on two things: your commitment to learning, and your ‘intuitive ethics’—an inbuilt belief, set out by the philosopher Imanuel Kant, that the end goal for all action must ultimately be reducing harm and making the world a better place.

This also means that you don’t need to spend time analysing the pros and con of action that clearly causes harm.

In other words, once your moral compass is set, and you’ve outlined a commitment to learning, your journey into orthopraxy will be successful. As Simons sets out, you can say: “We know that every medicine is poisonous in some way and affects people in some way. But it’s a statistical world. And in that statistical world we look at overall consequential outcomes and we say, ok, on the whole I’m for vaccines.”

Equally, Simons says you weigh up different rationalities, and say, “Look—I don’t think a massive amount of effort to break apart the MMR vaccine is right, because it leads to the wrong kind of world. But if someone wants to keep avoiding pork because their religion tells them to, that doesn’t necessarily lead to a bad world, and I don’t need to spend my energy stopping it from happening.” 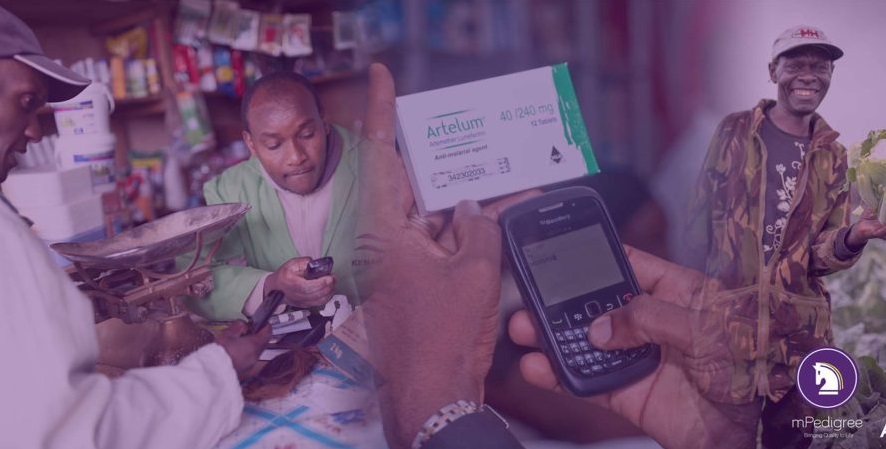 We all need to change

To build the world we’re looking for, Simons says the answer is clear: to create “a kind of exploratory, national-led model, where we all kind of admit our science is messy and difficult, and we are all in it together.”

And here’s the crucial part: Experts need to get into this “learning mode,” too. Behind their titles and layer of confidence, there’s a messiness that doesn’t generate reassurance. There are mistakes, retractions and competing views.

Simons went on to make comparisons to Mother Teresa and Nelson Mandela—two revered figures whom history has shown to be somewhat flawed, but whose struggle we respect, because they gave their lives to the cause for the good.

“Experts have to be looked at the same way. Not as fountains of knowledge, not as settled expertise, but rather as people who have dedicated their life to improving knowledge and struggling for a comprehensive picture of reality.” So, for the WHO, the answer is to say: “Look, the WHO doesn’t know it all. The WHO is just figuring it out. But it’s engaged in the struggle with knowledge, which we respect and give deference to.”

This commitment to learning stands in stark contrast to models from people like David Icke, who believes the world is run by lizard people. These static models are not interested in learning new things: They just fit whatever crops up into their set understanding of the world.

“How willing are you to learn and continue to join the quest for learning,” Simons asks. “And if you can’t do all the learning, and someone else is ahead, you have to give them deference.” He adds that this doesn’t mean you completely delegate all critical thought to someone else—you defer only to the extent that they are learning. “Once they stop learning and improving their model and taking into account the critiques in their model, you have to stop giving them the respect they are due as experts.” 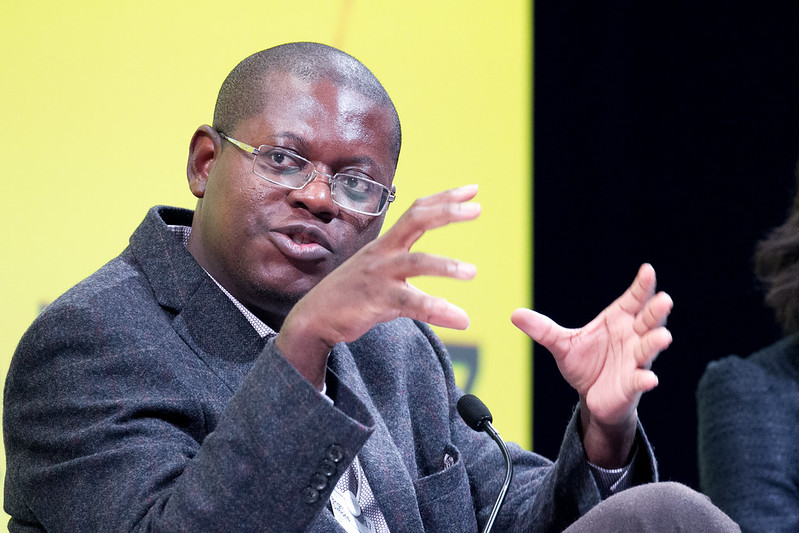 The orthodoxy/orthopraxy distinction also makes us question how we approach others. Is it not that we think it’s OK to not question what you believe, as long as you believe what I think you should believe?

The truth is that we’re not, for the most part, invested in helping people think critically about vaccines. There’s no desire for nuance, or to foster a public debate about how and why certain vaccines are made, or whether there are risks in certain circumstances. We just know they work and save lives, and we want people to accept that without question.

Simons’ approach suggests that this alone cannot convert anti-vaxxers. It’s just a clashing orthodoxy, where evidence from one side is dismissed by the other, regardless of how rational the response is.

It’s interesting that, as a society, we say we want to foster critical thinking, then get frustrated or uncomfortable when people go on their own critical journeys and reach conclusions that we know or decide are morally or ethically wrong. Yet, for the most part, we refuse to dive into the messiness of critical thinking ourselves to support or challenge the people in that process, preferring to remain in the safety of our own orthodoxy and simplified narratives.

Ultimately, if you’re committed to helping people, and to learning, I think you could only reach conclusions that are empathetic and beneficial. But that doesn’t mean it’s our responsibility just to sit and wait on the metaphorical river bank for people to arrive. You have to dive in to help people and bring them with you. You have to be brave—confident enough that you’d find your way back.

Could Olli Rundgren’s Game be the Antidote to Vaccine Hesitancy?