26-year-old Dr Binish Desai, a social entrepreneur from Gujarat, believes that ‘nothing is useless in this world’ and turns industrial waste into new assets.

Dr Binish Desai’s obsession with transforming waste started at the tender age of 11 when he got some chewing gum stuck on his trousers and tried to remove it with a piece of paper.

“I was in my class, and a chewing gum got stuck to my pants, I could not go outside the class to throw it out. So, I took a paper and wrapped it in it, and later I found the stuff got really hard,” Desai reminisced to The Logical Indian.

Around the time of his chewing gum/paper eureka moment, the young Desai was in the middle of a school project about India’s slums and was frustrated by their portrayal.

“I wanted to change how slums were being portrayed as not having proper houses to live in. My dream was to make the world’s cheapest and most affordable house,” he told GroundBreakers on Medium.

And so, at the age of 16, Desai founded his first company, BDream, and got a patent for his innovative ‘P-blocks,’ using a better organic binder than chewing gum.

Collaborating with other companies and NGOs his innovation helped to construct toilets in rural areas, under corporate social responsibility initiatives.

In 2016, the social entrepreneur founded Eco-Eclectic Technologies, a company dedicated to creating eco-friendly solutions for domestic and industrial waste by turning them into assets.

Like his first company, Eco-Eclectic makes Desai’s patented ‘P-block’ bricks from waste, using them to build houses and toilets in rural India.

The company has already recycled more than 1780 tonnes of waste and built over 37000 toilets across Gujrat, Hyderabad and Pali in Maharashtra.

By the age of 25, Desai was named one of Forbes Asia’s 30 under 30 Social Entrepreneurs.

For his efforts, Dr Binish Desai has, rightly, earned the moniker, ‘Recycle Man.’ Someone has even written a book about him; The Recycle Man: Journey of a 10-Year-Old Boy to Becoming a Waste Warrior.

From waste to building blocks 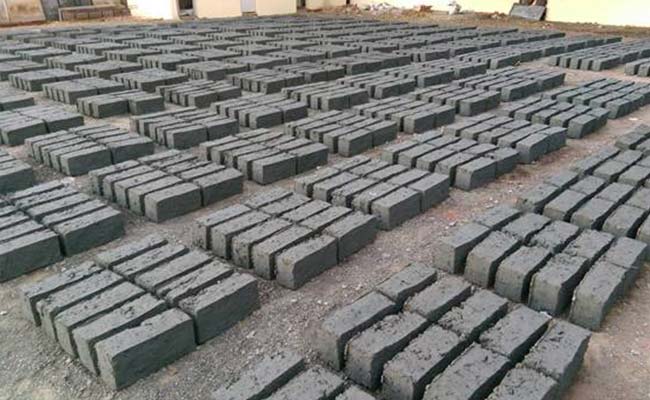 P-block bricks made out of waste produced by paper mills. Image from SWACHH India.

Usually, in most parts of the world, this by-product is incinerated but in India, it ends up in landfills.

According to a survey done by Eco-Eclectic, roughly 200 tonnes of paper waste is generated overall from paper mills in Valsad district in Gujarat daily.

“In nature, the concept of waste does not exist. Waste is a concept created by human consumption. All waste is gold and we just have to find the right tools to start mining the waste that exists in the world,” says Desai, wisely.

The other ingredient is Desai’s own “trade secret” — a byproduct of chewing gum is used as one of the binders.

The ingredients are mixed together for around six hours and then hand-pressed into blocks and dried in the sun.

P-blocks are not only eco-friendly but also cost-effective, pest-resistant, fire retardant, suitable for earthquake-prone regions, and they have a higher compressive strength. They can be used as a substitute for wood, cement and concrete.

Desai says his eco-blocks are “twice as strong,” twice the size,” and “half the price” of conventional bricks.

On the subject of the blocks being hand-pressed, Desai says, “It is more affordable for us to employ people for this work rather than relying on technology. Instead of having one big factory, we instead have micro-factories spread across different villages so that each village can have their own employment source to make these handmade bricks.” 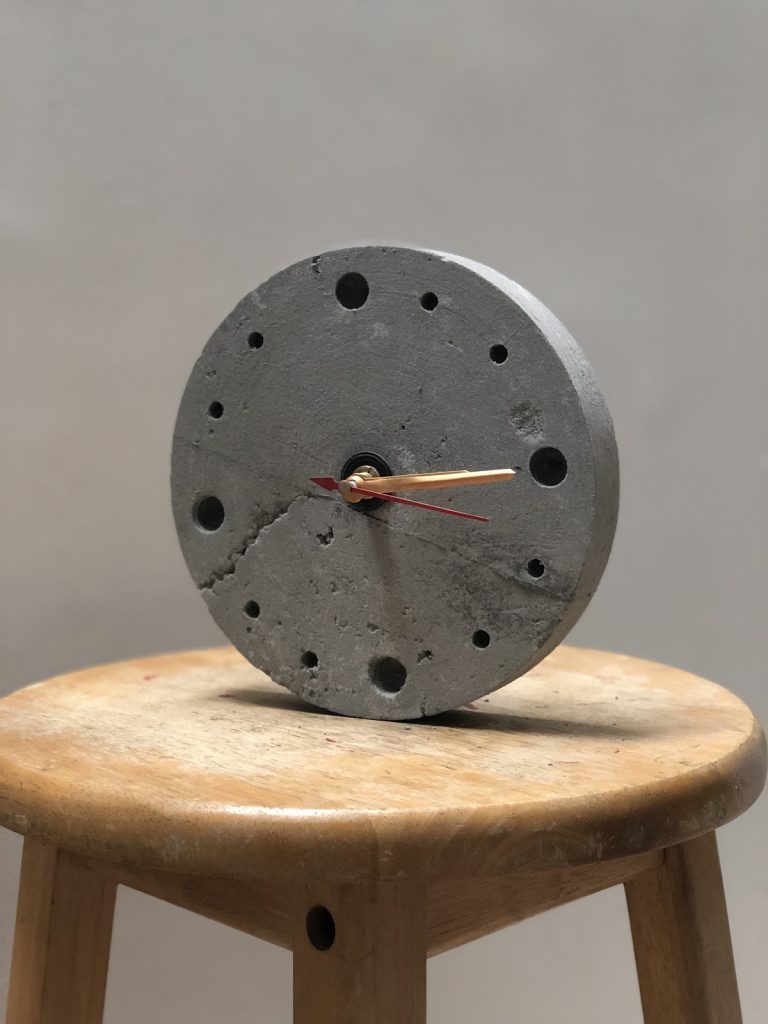 Eco-Eclectic also runs Eco-Light Studios, making household products like lamps and clocks. Desai founded it on the idea of having a micro-enterprise in every village.

“We were constructing a toilet in a village where a woman named Dina was fighting us about the work we were doing because she didn’t have the money to maintain the toilet,” Desai explained.  This gave us the idea to employ such women and we then started micro-social enterprises for women like Dina to make and sell handmade eco-products.”

The handmade items are made entirely from waste, each bearing the unique handprints of the women who made them.

The lamps allow rural women to make a living from crafting and are shipped all over the world.

What’s next for The Recycle Man?

Desai dreams of India becoming a solutions provider for different types of industrial waste to the rest of the world through various innovations.

According to Desai, India is ranked as the sixth-largest producer of waste globally, with the country’s 43,000 industries producing 19,000 tons of solid waste every day.

Eco-Eclectic is continuously looking for new ways to match industrial waste with solutions that benefit people. They are also experimenting with gypsum waste, metal waste, textile waste, and various types of secondary paper waste such as sludge from cardboard and craft paper.

The company is aiming to have 150 products by 2022 as solutions to a large number of different types of industrial waste in India.

Recently, Desai has been in the news for creating a one of a kind “Eco Ganesha” made from jewellery waste.