The Netherlands-based floating project can power 4,000 homes and was managed by BayWa.r.e’s solar team, run by Dr. Benedikt Ortmann.

Thousands of homes in the Netherlands are about to benefit from something both futuristic and intensely natural: all of their energy will be drawn from floating solar power.

The Sekdoorn project, which connects 40,000 solar panels together on a body of water, has just been completed near the city of Zwolle. Smart-Energy reports that the initiative will be able to generate 14.5MW of energy — enough to power almost 4,000 homes.

“In only a few months we built 25MW of floating PV projects in the Netherlands, which made us one of the biggest floating solar developers in Europe,” commented Dr Benedikt Ortmann, head of Solar Projects for BayWa.re, on LinkedIn.

“Those installations are an important extension to ground-mounted facilities and a smart contribution to improve the so-called ‘double-function’ applications for solar, such as AgriSolar, Carports, building-integrated PV and rooftop PV. We are planning to add more than 100MW of floating PV next year just in Europe.” 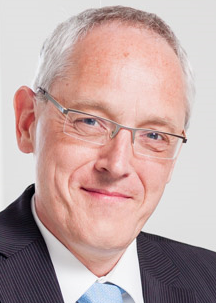 Ortmann is an old hand with solar projects: he’s spent the last 15 years working on ‘photovoltaic’ projects around the world, kicking off his renewables career with a spell as CFO at S.A.G Solarstrom AG in Germany.

The scientist says his company is working on floating solar farms in Germany, France, Italy and Spain. He stressed these initiatives can provide an additional revenue stream for bodies of water that already have a function, including reservoirs, fish farms, or former open cast lignite mines.

In fact, BayWa.re cites a study by the Fraunhofer Institute for Solar Energy Research, which finds that if all of the available decommissioned coal mining lakes in Germany were covered with floating solar panels, the country would be able to generate an additional 15 GW of power. Given 1 GW of energy can power 300,000 homes, to take a conservative estimate, that’s equivalent to at least 4.5m homes — or 10% of all houses in Germany.**

“We’ve proven that floating solar is technically manageable and comes with only slightly higher cost than ground-mounted systems,” Ortmann adds. “In order to optimize the Levelized Cost of Electricity (LCOE), the stability and long-life durability of the systems are absolutely key.

“That’s why we designed an entirely new floating plant concept together with our partners.”

** There were ~42m households in Germany in 2018, according to Statistica.com