In recent years, artificial intelligence has proven to be a valuable tool in improving healthcare delivery, diagnosis and the democratisation of the healthcare system.

Babylon Health is one such company that is pioneering AI to make healthcare universally accessible and affordable.

The UK-based startup has developed multiple AI-based health services, including a chatbot that is now used by the UK’s National Health Service (NHS) to help diagnose illnesses and assist patients in choosing a healthcare pathway—doctor or hospital—based on their symptoms.

The company aims to “take over” a user’s local GP relationship to diagnose minor ailments remotely. This is a boon for the NHS, which is constantly under the strain of budget issues and the country’s ageing population.

Last week, Babylon announced a $550 million investment, valuing the company at over $2 billion, to fund extensive product innovation to cover chronic conditions and expand its global footprint into the US and Asia.

The company says that this is the largest-ever fundraiser in the European or US digital health delivery sector, enabling Babylon to further deliver on its growth and innovation strategy.

Proceeds will also be focused on advancing Babylon’s suite of products and AI technology into chronic care management.

The record-breaking Series C investment is a huge leap for Babylon, who previously raised more modest rounds in the past—$60 million three years ago (it had only raised about £72 million in total prior to this round).

The round bought on board a number of new strategic partners for Babylon, including PIF, Saudi Arabia’s sovereign fund; one of the largest US health insurers (who has not been named by Babylon); Ergo Fund of Munich Re Ventures; and returning investors Kinnevik and Vostok New Ventures.

Babylon said that of this latest round, $450 million has been secured already, with another $50 million agreed to be exercised at a later date and the remainder to be secured “shortly.”

“Our mission at Babylon is to put accessible and affordable healthcare into the hands of everyone on earth. This investment will allow us to maximise the number of lives we touch across the world,” said Dr Ali Parsa, founder and CEO of Babylon in a statement.

“Chronic conditions are an increasing burden to affordability of healthcare across the globe. Our technology provides a solid base for a comprehensive solution and our scientists, engineers, and clinicians are excited to work on it.

“We have seen significant demand from partners across the US and Asia. While the burden of healthcare is global, the solutions have to be localised to meet the specific needs and culture of each country.”

This latest fundraising round and move to expand to the US and Asia further cements Babylon as a key player in digital health.

The startup serves over 4.3 million members worldwide, has completed 1.2 million digital consultations and has received 160,000 five-star ratings for their appointments—attractive numbers for investors.

To make all of this possible, Babylon has strategically partnered with over 160 organisations around the world.

Notably, Babylon works with the Bill & Melinda Gates Foundation and the Rwandan Government to provide telephone consultations, prescriptions and health information for people in Rwanda via their feature phones.

“Babylon’s technology means two million people—30 percent of the country’s adult population—can now use their phone to book appointments, have consultations and receive prescriptions from doctors and nurses,” the company says.

As well as their NHS partnership, in the UK the company also runs Babylon GP at Hand, a family doctor service that offers free-to-patient care for over 54,000 people from their mobile devices. 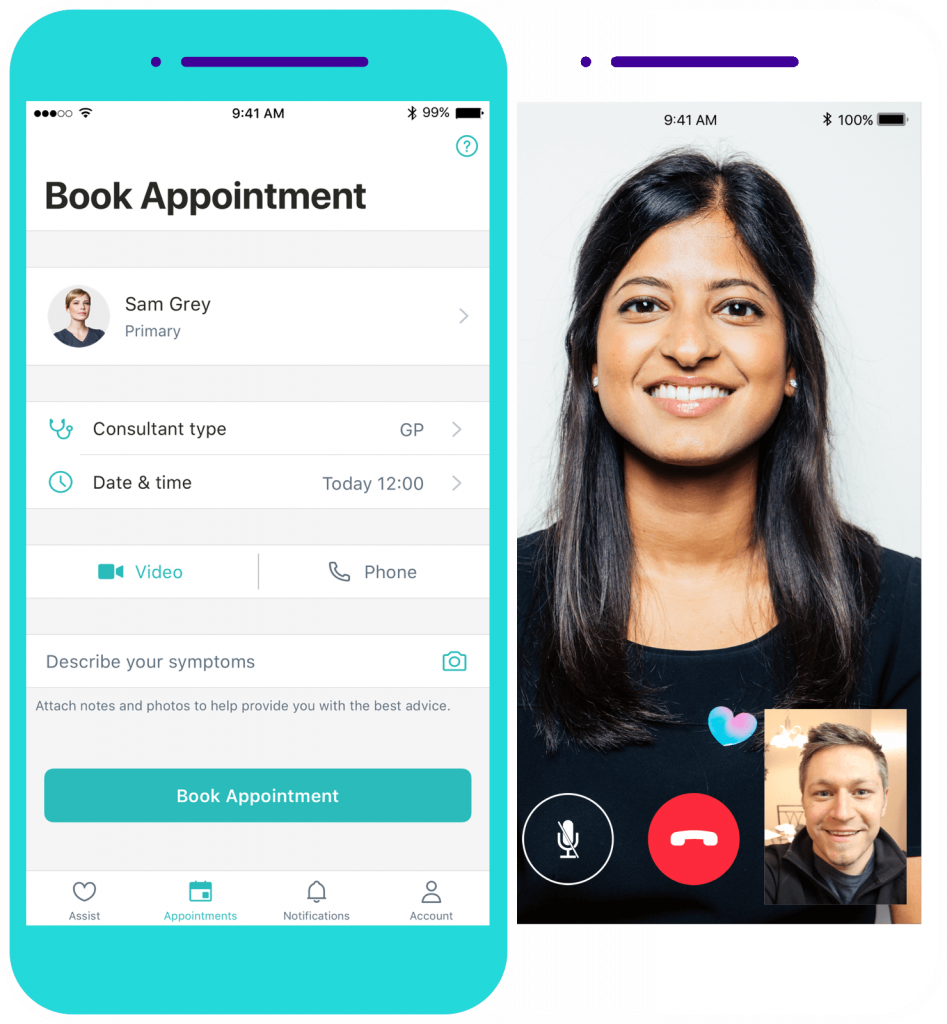 In Canada, the organisation partners with TELUS Health to offer clinical services, and in Malaysia, Babylon is partnered with Prudential as part of the Pulse by Prudential app.

Other partners also include private insurer Bupa and Samsung.