Scientists at CLEAR have collaborated with Public Lab on a DIY approach to measure a dangerous but unseen environmental problem.

There are some challenges in the world too big to be solved by one person or organisation alone. The overwhelming contamination of waterways and the oceans is one such issue, requiring confrontation of an excessive consumption culture and ongoing disregard for marine life. Recent estimates suggest that 8 million metric tonnes of plastic enter the ocean every year.

According to Dr Mac Liboiron, a scientist at CLEAR, Civic Laboratory for Environmental Action Research, over 90% of this waste is smaller than a grain of rice. These ‘microplastics’ — which absorb oily and toxic chemicals, and are every bit as resistant to degradation as larger varieties — can all too easily enter into the food chain, first consumed by fish which are later eaten by humans.

The problem is that most people are not aware of just how widespread microplastic pollution is — the particles are almost impossible to see and difficult to find. Traditional science equipment to find microplastics, a mantra trawl, usually costs around $3,500.

And what a community doesn’t know about, a community can’t tackle — even if the fish being caught in nearby bodies of water are ultimately adding toxic chemicals into peoples everyday diets.

So, CLEAR has teamed up with Public Lab, the community science lab pioneering DIY approaches to environmental problems, for a ‘citizen science’ solution suitable for people without any formal science training.

Their invention, BabyLegs, is essentially a small filter that can be dragged along the surface of the water. Created with a pair of baby’s tights, a plastic bottle and other easy to find materials, the $20 product can collect microplastics from the surface of the water in a local ocean, lake, stream or canal — even for microplastics as thin as a hair. 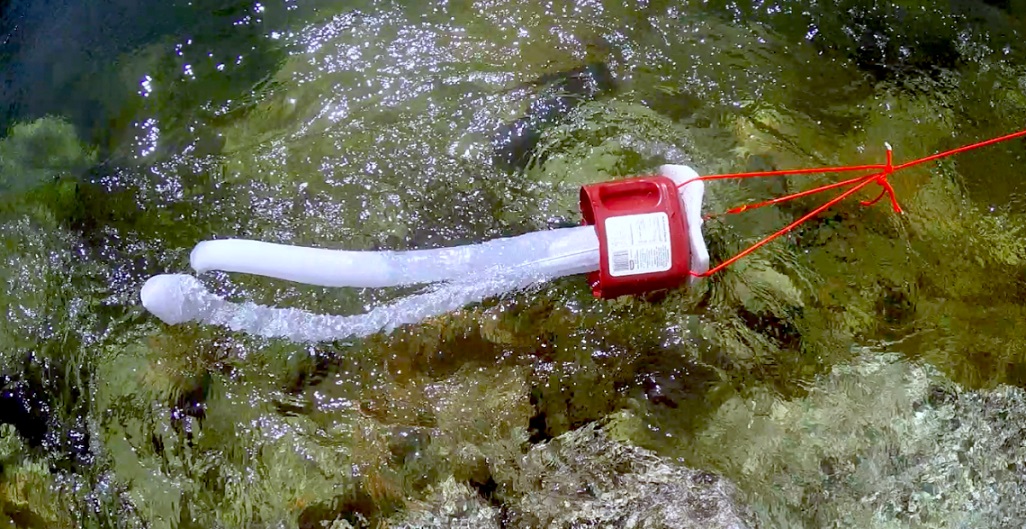 “The point of Baby Legs is that people who are affected by plastics or interested in plastics can carry out scientific research themselves,” commented Dr Liboiron in a Kickstarter page for the project. The idea is to find out whether there are plastics in the water, of what type, and where they come from, in order to improve the lives of marine life and people living from the marine life.

The group says the kit makes for a great classroom project, as it’s easy to assemble and use. Packaged along with the kit are guides to help people deploy the BabyLegs in water, process any collected microplastic samples in a kitchen or laboratory, and forensically analyse the results to learn more out about pollution in waters.

Ultimately, CLEAR and Public Labs are interested in generating a movement that understands the need to measure and tackle plastic pollution across the world — as it’s only then that change will happen higher up the production chain. Summing up on Kickstarter, they write that peoples’ involvement “is more important than the money they spend.”