Ample Labs is Using Tech to Empower the Homeless in Toronto

The Toronoto-based non-profit Ample Labs recently released a chatbot to connect those facing homelessness with the help and services they need.

According to a 2017 survey of 421 homeless adults, the digital divide between the homeless and those lucky enough to have a roof over their head is virtually non-existent.

94 percent said they owned a phone, most often used as vital means for communication.

Unfortunately, there is a huge lack of digital tools and applications directed at people experiencing homelessness.

Just over a year ago, CG Chen was working at Tulip Technologies in her dream role as a product designer but had her eyes opened to life on the streets after visiting the notorious Skid Row for the first time in 2017 while on a trip to LA. 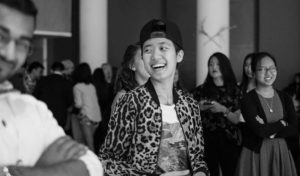 “I had to see it out of curiosity. My experience visiting Skid Row was one of pure shock and disbelief,” she told Forbes.

During the trip, Toronto-based Chen met a woman running a nonprofit aimed at teaching people living on Skid Row how to do things like use computers and write a resume.

“This really sparked my imagination and pushed me to ask myself if I could do more.”

In 2018, inspired with a better way to use her tech chops, and struck by the fact that most homeless people had a cell phone, Chen set up Ample Labs—a volunteer-run non-profit harnessing tech to help the estimated 235,000 Canadians who will experience homelessness.

After much research and co-design sessions with homeless people and at-risk youth, Chen and her team of Ample Labs volunteers found that Toronto’s homeless population has high concentrations refugees, people of colour (POC), and those identifying as LGBTQI— particularly youth.

The voices of these groups are often disproportionally left out of the parts of society that work to insight important change—an oversight that Ample Labs is not making.

Ample Labs’ first product “Chalmers,” was born out of the co-design sessions hosted by Chen.

“We bring the people that we build this product for into our process as much as possible so they’re part of building the solution with us,” Chen told Lisbeth.

Chalmers is an AI-powered chatbot specifically designed for the homeless and those at risk of losing their homes. It is said to be the first chatbot aimed at this oft-neglected group of society.

The app was made in collaboration with Ada, a tech outfit that helps companies automate business with AI and, in particular, chatbots.

The chatbot is designed to instantly connect Toronto’s homeless community with local resources.

Chalmers is specifically designed to make important info for the homeless friendlier as Ample Labs volunteers —after hundreds of interviews and conversations — found that online information is disjointed and stressful to navigate.

To ensure that all data and info is up to date, Ample Labs runs “datathons” once a month.

Launched in July this year, after six months of beta testing, Chalmers grew to support 700 users each month—providing a total of 6,500 recommendations, including 4,000 meals and 800 overnight shelter opportunities.

“Nothing has been more meaningful than seeing the connections, potential, and even excitement our Chalmers chatbot is bringing to its users,” said Chen, in a statement.

Chen says the response from both the homeless and front-line staff has been “overwhelmingly positive.”

Until recently, Ample Labs had been entirely run by volunteers—around 40. Now that the non-profit is experiencing rapid growth, Chen has quit her job as a UX designer to become Ample Labs’ first full-time employee.

She’s recently hired a second employee and plans to continue expanding the team in 2020.

The next services the non-profit plans to prioritise are mental health, evictions/legal aid and employment services.