Amazon Moves into Wearables with Alexa-Controlled Glasses and Smart-Ring

The devices are part of Amazon's ‘Day 1 Editions’ programme, which aims to bring innovative products to consumers and gather feedback.

If you have ever dreamed of being one of those gadget-clad agents always seen in spy movies, then your time could be coming soon. Amazon has just entered the wearables market with two gizmos that will likely set spy-nerds into a spin.

The two offerings—which will be powered by the Amazon artificially intelligent Alexa system—are smart-glasses and a smart-ring.

The former, Echo Frame, is particularly sci-fi reminiscent. However, don’t get too excited—no holographic visions can be summoned as, unlike Google Glass, these glasses don’t come with any fancy AR tech. They are essentially a pair of prescription-ready glasses equipped with Alexa (or Google Assistant) and tiny sophisticated speakers.

Echo Frame tethers to your Android phone via Bluetooth and relies on its internet connection to answer your questions. To wake up Alexa, users can either utter the wake word or press a button positioned on the temple area of the frame.

Amazon says it has implemented its own open-ear technology that uses four beamforming micro speakers, so only the wearer can hear responses from the digital assistant. The company is currently only selling the Echo Frame by invitation for $179.99.

Smart specs! ? Echo Frames let you use @alexa99 on the go and keep your hands, ears, and eyes free. https://t.co/ugT22XhFIn pic.twitter.com/aku0fCuwbV

Then, there is Echo-Loop, the Alexa-enabled ring that is priced the same as the glasses. A button on the ring is used to activate Alexa, Siri or Google Assistant, depending on your phone’s default. Like the glasses, the ring connects to your phone via Bluetooth and uses your phone’s mobile connection to retrieve the answers to your queries from the cloud.

Echo-Loop might have you looking a little less inconspicuous than the Frame, as you have to literally bring it to your mouth and whisper to it as its such a tiny device. Then, to hear the answer, you must hold it to your ear. 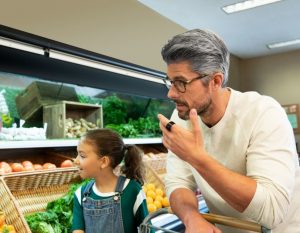 The Echo-Loop is made of black titanium

With the Loop, you can also accept and reject calls, and it can be set to vibrate to let you know of notifications.

Also included in the collection is wireless Alexa-compatible earbuds that have Bose noise reduction technology, so Alexa can hear you. The pods can be used to ask Alexa to play a song, book an Uber or find a restaurant nearby.

While it is pretty exciting that the e-commerce giant has expanded the hugely popular Alexa’s offering to finally include wearables, Amazon is simply testing the waters, and these two products will not go into mass production.

The devices are part of the company’s ‘Day 1 Editions’ programme, which aims to bring innovative products to consumers and gather feedback.

Wearables, while promised to become a bigger part of daily life in the future, still have a long way to go—for example, the Loop and Echo still must be tethered to your phone to gather information.

The wearables are a few products in Amazon’s new range intended to “make your home smarter and safer, keep family and friends connected, and bring your favourite entertainment to you, wherever you are.”

While the devices may not be suitable for the wannabe James Bonds of today, those super keen on wearable tech can rest easy, knowing that Amazon has now shown their commitment to developing the technology.