Delayed flights are an unfortunate and common occurrence that can be incredibly disruptive to people’s lives, causing missed meetings and important family events.

Even if your delayed flight just means that your holiday has been cut short, it is still downright annoying.

AirHelp is a company that aims to help you get compensated for these frustrating occurrences.

There are little known laws that exist that make customers who’ve had their flights delayed eligible for some recompensation.

A recent MENAFN report states that flight cancellations and delays over the summer months of 2019 make European travellers eligible to some 5.5 billion euros.

AirHelp knows that flight delays happen, but the company believes that we shouldn’t have to accept them.

The EU law concerning air passenger rights is officially known as Regulation (EC) No 261/2004 of the European Parliament and of the Council of 11 February 2004. That’s quite a mouthful, so to put it simply, AirHelp calls it EC 261.

It’s a European law that requires airlines to compensate passengers for long flight delays, cancellations, and situations where they are denied boarding. Passengers on EU flights that are eligible under EC 261 must be paid up to 600 euros in compensation for flight delays of more than three hours.

“Think of it as a financial silver lining for your air travel woes,” the company says.

Like many laws that benefit citizens, EC 261 is not widely known, and airlines are less than likely to hand out leaflets to a barrage of angry delayed travellers that informs them how to claim.

“Even though 8 million people around the world are eligible for compensation, less than 2 percent understand what they’re entitled to. We want to give the power back to the travellers. It’s time to Know Your Rights,” says AirHelp.

AirHelp can also help American customers, too. When flights are overbooked, AirHelp can get customers the up to $1,300 to which they are entitled. 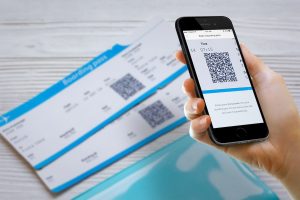 A leader in air travel rights

Founded in Denmark in 2013 as a startup, AirHelp has grown into the world’s largest air passenger rights advocate.

The company says that, to date, they have helped over 13 million passengers understand their rights and secure compensation for delayed, cancelled or overbooked flights.

“We stand up to airlines in court, and we campaign for national governments to introduce fair air travel rights.”

All the claimant needs to do is submit their flight details to AirHelp’s website which then runs checks to see if the airline owes them money. AirHelp’s team of lawyers do the rest and send the claimant updates along the way.

“We speak 16 languages, and our global staff of 700 includes the world’s largest team of lawyers specialized in air passenger rights. Combined with local knowledge from a network of law firms across 30 countries, we are uniquely placed to help air passengers all around the world,” the company states.

AirHelp takes a 25 percent cut for their efforts. There is also a $20 annual membership if you want AirHelp to monitor all of your flights and seek delay claims automatically.

Back in 2016, AirHelp raised $12 million in Series A funding from a group of investors, including Khosla Ventures and Evan Williams.

Like many entrepreneurs, his solution was born out of frustration following a terrible experience on a disrupted flight.

The company has been hailed for its ingenious approach to industrialising the process of claiming compensation from airlines.

AirHelp wants to “take all that hassle and paperwork away from people,” Zillmer told TechCrunch in 2016. “We saw an opportunity in automating the process so we could handle thousands of claims and not necessarily have to do it manually.”