Academic Greg Barron-Gafford has found that crops grown under solar panels can increase their yield, while increasing solar panel efficiency by an average of 1%.

If solar energy is going to become a greater part of our lives in the future, the industry will need to address concerns that it stands in natural competition with farms and farming.

Some — including lawmakers in the US — worry that farmers are too quick to ditch their crops and livestock to take up better-paying solar initiatives. Others assume that as both crops and panels rely on sunlight to work, they cannot occupy the same space.

But a new study by the University of Arizona’s Greg Barron-Gafford, covered in Arstecnica, shows that not only do the two industries not need to be in competition — their coexistence can actually be mutually beneficial, leading to improvements in crop yield and electricity efficiency.

Biogeographer Barron-Gafford’s team have been assessing a theory that the shade provided by solar panels could lower soil surface temperatures and evaporation, and that the panels could also be kept a little cooler by the vegetation underneath. When the panels get too hot, they stop working as well.

To test this, the team decked out three plots of land: one with just solar panels, one with just plants (cherry tomatoes, jalapenos and chiltepin peppers), and one with a combination of panels and plants. 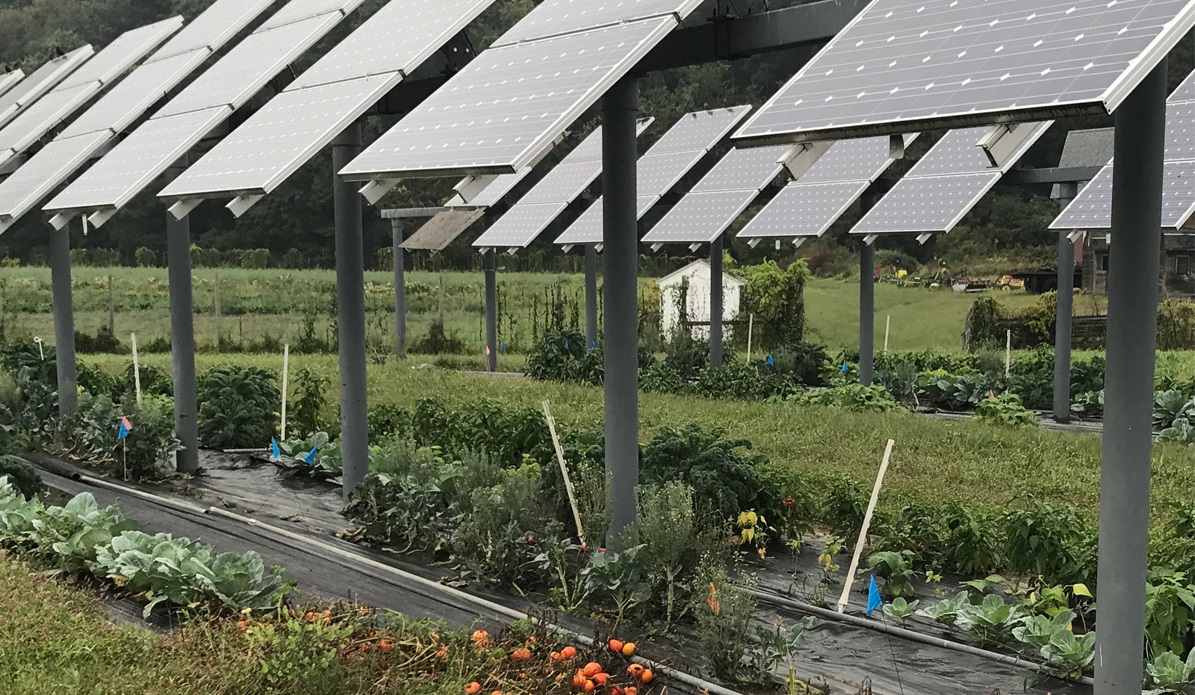 Overall, the researchers found that the combination was cooler during the day and slightly warmer during the night; the air was less dry, and the soil dried out more slowly.

Under the panels, the chiltepin peppers tripled their yield, while the cherry tomatoes doubled their yield and became 65% more water-efficient.

Jalapenos were less effective, producing a smaller crop and taking in less CO2, but dramatically increased their water efficiency.

Researchers estimate that cooler temperatures should increase solar panel electricity generation by about 3% over the summer months, and by an average of 1% across the whole year.

Summing up the study, Arstecnica notes that there’s more work to be done — to find which machinery works best with harvesting crops under the solar panels, and at what point it makes economic sense for farmers to pay more to raise their panels off the ground.

But it adds that the process might make a lot of sense for certain crops in certain areas. “Farmers could save water, make money from a solar lease, and might even find that workers are much more comfortable and safe working under some shade.”