8 of the Most Influential Yogis of the Modern Era

The 21st of June is International Yoga Day. A 5,000-year-old practice originating in India, yoga was developed to unite the mind and body.

Many types of yoga are practiced today, including hatha, ashtanga vinyasa and bikram yoga.

According to the University of Rochester Medical Center, yoga can help improve several health conditions, including high blood pressure, back pain, headaches and poor circulations. For those not looking to alleviate any particular ailment, the characteristics of these spiritual exercises can help to increase stamina and strength; improve posture, balance and stability; reduce risk of injury; and alleviate stress.

Although yoga has been around for centuries, there are many figures who are ‘shaking up’ modern practices and teachings of the acclaimed exercise. Here are eight yoga teachers and spiritual leaders who are impacting yoga in the modern era.

Known throughout the industry as a “yoga superstar” and the “teacher of teachers,” Donna Farhi has been teaching since 1982 and still leads many yoga workshops and teacher trainings around the globe. She is the author of several influential books in the industry, such as  The Breathing Book, Yoga Mind, Body & Spirit: A Return to Wholeness, Bringing Yoga to Life: The Everyday Practice of Enlightened Living and Teaching Yoga: Exploring the Teacher-Student Relationship, and co-authored Pathways to a Centered Body: Gentle Yoga Therapy for Core Stability, Healing Back Pain and Moving with Ease. She has also written for Yoga International and Yoga Journal.

“Remember that this practice that we call Yoga is for us to use to serve our dharma in this lifetime,” she said in an interview with New Zealand’s The Yoga Lunch Box. “We should adapt the practice to meet our needs so that it remains relevant and useful within the context of our everyday lives.”

Shive Rea has made her mark on the yoga world and aims to make yoga accessible for all who wish to partake in it. She is the founder of Prana Vinyasa Yoga, Yogadventure Retreats, the international Global Mala Project and Yogini Conferences. Shiva has also created over 20 award-winning DVDs and 10 CDs and offers yoga training and workshops around the world.

“I really feel good about my mission,” she told Fit Bottomed Girls. “My mission is to empower people in their home practice. Going here and there is not so easy, and I want people to learn how to make yoga part of their personal life.” 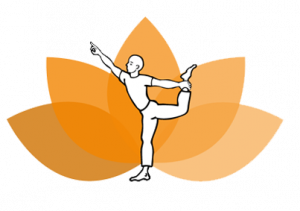 Adhyatma is the founder of Yoga Education in Prisons Trust, a programme that sends yoga teachers into prisons to teach yoga and its associated principles to prisoners. The organisation aims to provide prisoners with more autonomy while helping them to relax, release tensions, work on self-development and achieve insights into their behaviours, setting a precedent for life after incarceration.

Tara Stiles is the founder of Strala Yoga, a practice grounded in her experience in classical ballet, choreography and yoga. The studio started in the SoHo neighbourhood of New York City and has since expanded across the globe, with locations in Seattle, Singapore and Barcelona. The practice is also taught in over 22,000 US schools to lessen childhood obesity.

“What’s so special about Strala is that we focus on moving well, instead of forcing our body into positions,” she explained in an interview with Yoga Alliance Professionals. “By focusing on moving well, with the tai chi mindset, softening enough to be moveable, and letting the breath move the body, the possibilities are limitless. People feel great right away, and gain progress without stress and struggle.”

Seane Corn is an acclaimed yoga instructor and thought leader who uses her platform to bring awareness to issues of social justice. She co-founded the organisation Off The Mat, Into The World, a group of yoga instructors, educators and activists who provide online and offline training to help people become more effective and conscious leaders in both local and international settings.

In 2005, she was named the National Yoga Ambassador for YouthAIDS. Seane was honoured with the Global Green International Environmental Leadership Award and the Humanitarian Award by the Smithsonian Institute in 2013.

Baron Baptiste has been carrying on a family legacy of yoga principles and practices since the 1990s. He founded Baptiste Power Vinyasa Yoga, an evolution of Baptiste Yoga founded by his father in the 1940s. He has written several books including Journey Into Power, Being of Power, 40 Days to Personal Revolution and My Daddy is a Pretzel. Baron also co-founded the Africa Yoga Project, a programme that uses yoga to empower African youth; over 6,000 people have participated in community yoga classes throughout the continent, and over 380 young people are employed and earning a living wage through their teachings.

Jessamyn Stanley is a yoga teacher, body positivity advocate and writer. She uses high energy vinyasa flow as a way to break mental and emotional barriers—a privilege she believes should not be reserved just for the skinny.

Through her award-winning social media presence, she has amassed a following who look to her for guidance for both yoga practices and body positivity.

“Body positivity means that every single human being should feel good today,” she told Yogi Approved. “No matter what you look like . . . Because if you are being positive and happy with your body today, you can do all of the things that you want to do. All of these goals that you are waiting to accomplish are accessible now.”

In 2017, she released her book Every Body Yoga: Let Go of Your Fear, Get on the Mat, Love Your Body. In April 2019, she launched her yoga app The Underbelly.