From Spain to India, people are finding innovative ways to reuse and recycle the world's waste

Everything ever made will go back into the earth as either nutrition or poison. The fact is, we are making, buying and wasting too much stuff for our planet to handle. The move from a linear to a circular economy is being hailed as a way to save the earth by recycling existing products to make new ones.

Around the world, there are some amazing initiatives that transform waste and plastic pollution into value for society.

Here are seven very different ways that waste is being saved from landfill and converted into something useful:

This school in India accepts plastic waste instead of school fees

Couple Parmita Sarma and Mazin Mukhtar set up Akshar Foundation in 2016, in the Indian village of Pamohi, Assam, with the aim of teaching the children to become “agents of change in their own social circles.”

Instead of school fees, Akshar Forum accepts plastic instead. Each child brings in at least 25 items of plastic waste per week, as part of their contribution to their community and the environment.

The curriculum is geared towards teaching students to create an income in a way that is relevant to their surroundings.

They are also taught to turn the plastic they previously used as a currency into various construction materials that can help in creating better infrastructure on campus.

Elsewhere in India, plastic waste is also being used to build roads. 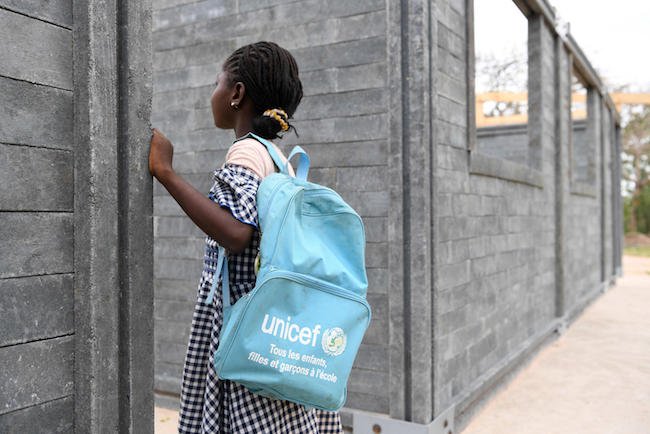 A school built of plastic bricks in a village in the centre of Côte d’Ivoire. Source: UNICEF/Frank Dejongh

Africa is a continent that has too much plastic waste and not enough schools.

Now, a factory in West Africa will try to tackle both of these issues by transforming old flip-flops and car tyres into bricks to build classrooms.

The factory in Ivory Coast will be the first of its kind in Africa and aims to produce enough plastic bricks to build 500 classrooms across the country by 2021. The factory is funded by the UN children’s fund UNICEF and Conceptos Plasticos, a Colombian social enterprise.

“It [the bricks] works like Lego,” said UNICEF’s head of communication in Ivory Coast, Sophie Chavanel. The interlocking bricks—cheaper and lighter than many conventional building materials—require no cement, are fire retardant and stay cool in hot weather, she explained.

In Rome, you can swap plastic for train rides

Italy has the highest per capita use of bottled water in Europe, at a massive 188 litres per person per year.

In Rome, a city that is also guilty of favouring driving over taking public transport, Mayor Virginia Raggi has found a way to hit two birds with one stone.

The capital city has introduced machines in three major metro stations that convert plastic bottles into €0.05 of travel credit: 30 bottles are needed to pay for a regular €1.50 journey.

This comes after Mayor Raggi promised a ban on single-use plastics in March.

Rome will review the programme after 12 months to assess whether it should expand. In the first month, Raggi says that, so far, 100,000 bottles have been recycled. 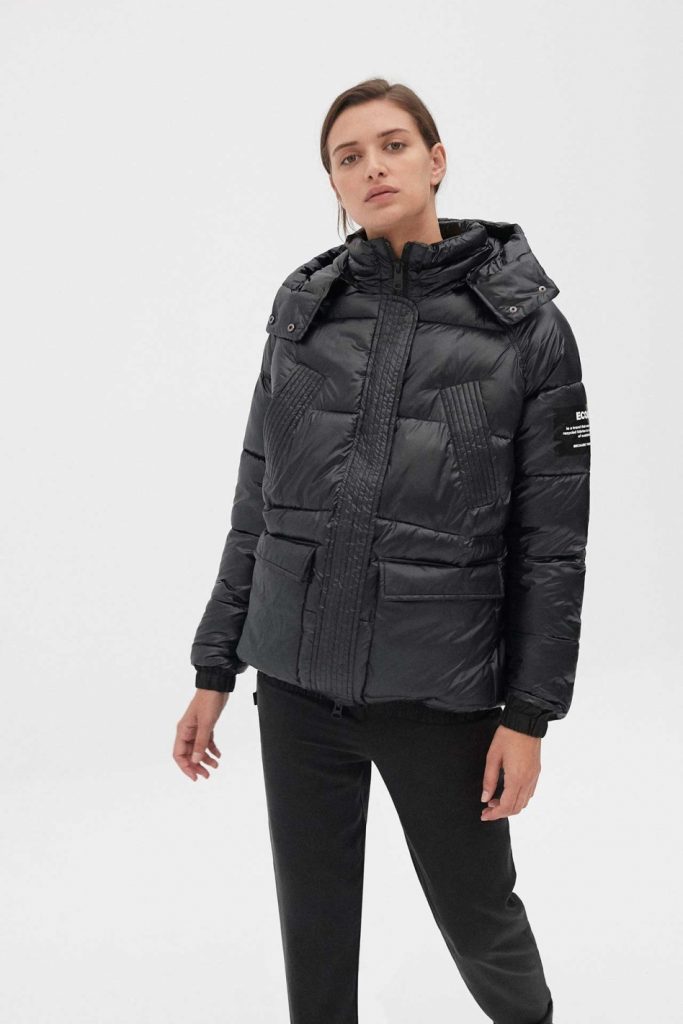 Ecoalf is a Spanish ethical fashion brand that creates clothing and accessories entirely from recycled materials.

Founded by Javier Goyeneche in 2009, the company estimates that it has recycled more than 80 million tonnes of plastic bottles to date.

Alongside a range of recycled product lines, including sports shoes worn by football stars, Goyeneche’s company is renowned for funding the creation of ‘Upcycling the Oceans’ (UTO). The project, now running in both Spain and Thailand, recovers waste from the ocean floor and converts it into pellets, which are then used to obtain a polyester filament and transformed into fabrics to make clothes.

This manufacturer in the Netherlands recovers carbon black from old tires 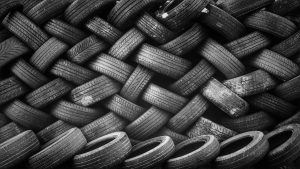 Carbon black is a crucial chemical component in rubber, plastics, inks and paints and is used to modify their properties into usable products. It is used in tires to increase their strength and durability.

Almost everything that you see around you that is black in colour has carbon black in it.

Black Bear Carbon heats up old tires, breaking down the rubber to create pellets containing carbon black. The pellets are then sent to manufacturers to create brand new products.

The remaining 60 percent of the tyre is then converted into oil and gas, which is used to create green electricity for fuelling the process.

This means that the company actually has a negative carbon footprint. 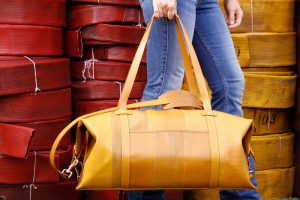 When Kent couple James Henrit (Elvis) and Kresse Wesling learned that all of London’s damaged and decommissioned fire hoses were destined for landfill, the duo cut a deal with London Fire Brigade and set up Elvis & Kresse, a company that turns London’s fire hoses into luxury handbags.

To give back, they donate 50 percent of all profits from the Fire-Hose Collection to The Fire Fighters Charity.

For over a decade, none of London’s fire hoses have gone to landfill, and over 175 tonnes of material have been reclaimed.

In 2017, they partnered with the Burberry Foundation to tackle the great global problem of leather waste.

According to their website, this five-year partnership will see “at least 120 tonnes of leather off-cuts from Burberry recrafted into new luxury items, designed and sold by Elvis & Kresse.” 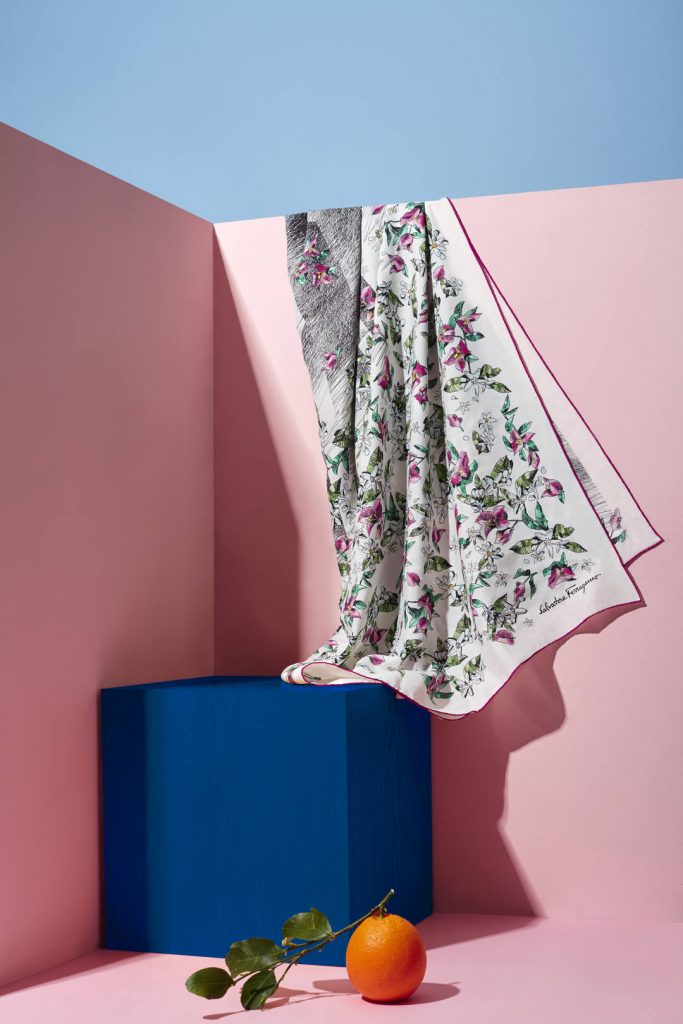 In Italy alone, every year, more than 700.000 tons of citrus waste are produced. Prior to Orange Fiber, no one had developed a viable alternative for its disposal.

Co-founded in February 2014 by Adriana Santanocito and Enrica Arena, Orange Fiber creates soft and silky fabrics from hundreds of thousands of tons of “pastazzo,” a byproduct of the citrus juice industry.

Using their patented process, Orange Fiber extracts the citrus cellulose from the “pastazzo” to create a polymer that is then spun into yarn. This is then used to create “refined, ethereal and high-quality fabrics ideally suited to luxury and premium fashion brands.”

“The Pig Idea” That Could Dramatically Diminish Food Waste by 2030