All around the world, the youth is taking a stand and demanding that we take action against climate change

If you hear the now-common phrase ‘young climate activist,’ your brain is likely to conjure up the image of Greta Thunberg — the 16-year-old Swedish activist that has kickstarted a revolution that today will see millions of people across the globe strike to put pressure on world leaders to address the climate crisis.

While Greta is no doubt the face of the revolution and the person we can thank for the worldwide awareness of environmental issues that we are faced with today, she is certainly not the only young person that is having a huge impact.

From the UK to Africa, the USA to Indonesia, young people have taken a stand to ensure their future by demanding greater action on things like climate change, plastic pollution and deforestation.

On 20 September 2019, kids all over the world will be skipping school and taking part in the Global Climate Strike. Then on 21 September young leaders and activists from around the world including Greta Thunberg gather at the UN’s Youth Climate Summit in New York.

While Greta has more than proven that one child can influence the world, it will take a lot more to save it.

Here are 5 other young shakers that are making waves in their countries and around the world:

Melati and Isabel Wijsen were just 10 and 12 when they started to pitch in on the plastic problem in their region.

Born and raised on the island of Bali, Indonesia the sisters started Bye Bye Plastic Bags (BBPB) in 2013, a non-profit that aims to ban plastic bags in the region.

Every year, an estimated 8 million tons of plastic ends up in the ocean, and Indonesia is the largest contributor to ocean plastic after China.

6 years after starting BBPB, the sisters have finally got what they have been asking for and in June 2019, the island banned single-use plastic bags, straws and styrofoam.

The Wijsen sisters now 16 and 18 and BBPB now has 35 teams of volunteers around the world and has spoken to around 45,000 students.

“I really, really believe that us kids may only be 25% of the world’s population, but we are 100% of the future.” –Melati Wijsen, the older of the two sisters at this year’s National Geographic Festival. 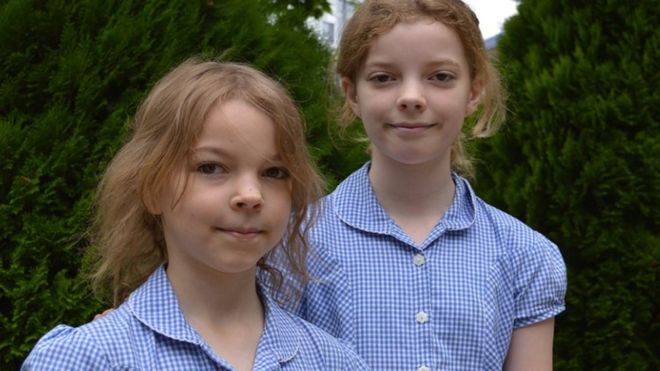 Southampton sisters Ella and Caitlin McEwan made a petition asking fast-food chains to stop putting plastic toys in kids’ meals in the UK.

It gathered more than 500,000 signatures and McDonald’s got back to them saying: ‘Over the next six months our Happy Meal promotions will include a mix of board games, books and soft toys which will see an almost 60% reduction in the number of plastic toys given away compared to the first half of the year.’

Burger King has said it will remove plastic toys altogether.

Jamie Margolin, 17, hails from Seattle, Washington. She founded the youth climate action organization Zero Hour in 2017 when she was just 15.

She has also organized a climate rally in Washington, D.C., lobbied state lawmakers and is part of a group of youths suing Gov. Jay Inslee and the state of Washington over their inaction against climate change on the basis of a stable climate being a human right.

This week she testified before a U.S. House of Representatives committee on a panel titled “Voices Leading the Next Generation on the Global Climate Crisis,” alongside Greta Thunberg.

“People call my generation, ‘Generation Z’ as if we are the last generation. But we are not. We refuse to be the last letter in the alphabet,” she stated passionately in court.

She was part of Teen Vogue’s 21 Under 21 class of 2018 and in the same year she was named as one of People Magazine’s 25 Women Changing the World. 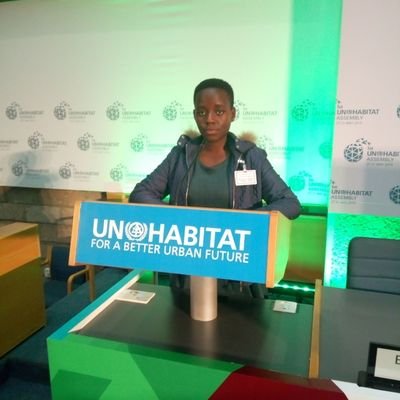 When Leah Namugerwa turned 15 last month she decided to plant 200 trees instead of having a birthday party.

The young Ugandan is one of the most prominent climate activists in the country and strikes from school every Friday as part of Greta’s Fridays for Future movement and has encouraged many of her peers to do the same.

The first protest she ever held in her home town of Kampala in February this year, saw her going it alone. Now she is joined by many other teens every week.

She is leading a campaign to urge Kampala to ban plastic bags and is sounding the alarm on deforestation, droughts and floods attributed to climate change. 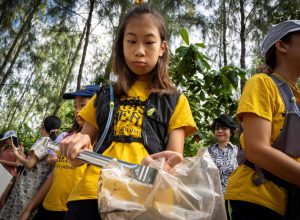 Ralyn Satidtanasarn, AKA Lilly is a 12-year-old “kid at war,” in her own words.

Dubbed as Thailand’s answer to Greta Thunberg, Lilly won her first victory in June: she persuaded Central, a major supermarket in Bangkok, to stop giving out plastic bags in its stores once a week.

This month some of the biggest brands, including the operator of the ubiquitous 7-Eleven convenience stores, pledged to stop handing out single-use plastic bags by January.

Inspired by the Thunberg, Lilly did sit-ins in front of Thai government buildings.

“Greta Thunberg gave me confidence. When adults do not do anything, it’s up to us children to act,” she insists.

Though she often skips class to carry out her activism, she will not be in New York alongside Thunberg for a protest on Sept. 20, just days before the U.N. climate conference. “My place is here, the fight is also in Southeast Asia,” she says.